SANTA FE, N.M., July 24, 2019 (Newswire.com) - New Mexico Criminal Law Offices have over 22 years of experience helping clients when they have been accused of a crime. Whether it involves gun crime, illegal sale, illegal purchase, or another criminal offense. The firm shares valuable information about gun control laws.

​​​​​​​​​Earlier this year, New Mexico’s Attorney General stated that law enforcement agencies throughout the state need to enforce the latest gun control laws, which include the expansion of background checks for all private gun sales. Furthermore, in his statement, he made it clear that any law enforcement agency that does not enforce the laws will be liable for damages on claims.

In April, Attorney General Balderas sent a warning letter to local police chiefs, county sheriffs, and other local law enforcement agencies notifying them of his enforcement policy and that the law will go into effect July 1, 2019.

A few county sheriffs had already voiced their opposition to this legislation when it was being considered. But despite that opposition, it was approved and signed in by Governor Michelle Lujan Grisham (Dem) on March 8, 2019.

Most critics of the new law, including law enforcement, feel that, while expanding background checks has a purpose, it will not do much to address gun violence. In addition, law enforcement is pushing back against the threats of being held liable, because they feel announcing as much in April is too premature since the law doesn’t go into effect until July.

Some opponents also feel that the new gun control measures do not address what people in the community want. Cibola County’s Sheriff, Tony Mace, stated that they were elected by those in their community, and they are considering that factor. “What do the people in our communities want?” he asked officials.

The new law will require an extended background check before any gun purchase, including those between individuals. Before, there was no requirement for a background check, and two private parties could freely sell and exchange guns without requiring a background check. While the law does affect private sales, it does not apply to law enforcement officers exchanging guns, nor does it apply to immediate family members.

Some, who are for the new law, feel that those opposed are ill-informed and do not realize the impact a background check can have. Background checks require that the seller run a check on the buyer, which is typically done through the ATF Form 4473. Here, they will indicate the buyer’s name, age, race, and any criminal records, etc. The check will review criminal history to determine if they have prior violent crimes, felony convictions (which prohibit them from owning or carrying a weapon), and whether they are suitable to purchase that firearm.

The law would also apply to trade shows where individuals come from outside of the state to sell firearms to locals. Unfortunately, background checks take time, which is one reason for the opposition. Likewise, those opposed feel that background checks would not stop unfit buyers from obtaining weapons. They can still purchase illegally, and people can trade and sell without a background check because there are limited methods for tracking in the state as it is.

Only time will tell whether the new gun control laws will have any effect on gun violence in the state. 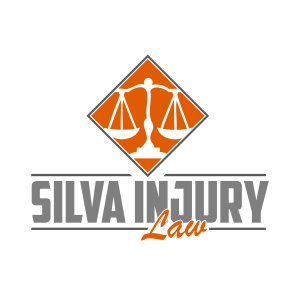