Funds raised for GVAX, a new vaccine to treat Neuroblastoma 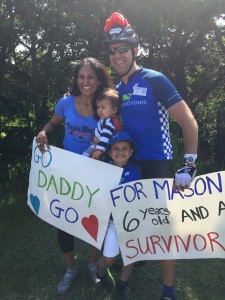 NEW HAVEN, Conn., August 10, 2017 (Newswire.com) - Michael Ruszkowski, husband of Vimala Ruszkowski, an attorney with Neubert, Pepe & Monteith, P.C. is riding in his fourth Pan-Mass Challenge. The New Haven, Connecticut based law firm’s employees have made donations in support of Mike’s efforts. The Pan-Mass Challenge is an annual bike-a-thon that raises more money for charity than any other single event in the country. Since its 1980 inception, the PMC has contributed $547 million to lifesaving cancer research and treatment at Dana-Farber Cancer Institute with 100% of every rider-raised dollar donated to Dana-Farber Cancer Institute.

Michael and Vimala’s son, Mason, now 6 years old, is a Stage IV Neuroblastoma Survivor. Neuroblastoma is an aggressive form of pediatric cancer. Diagnosed at the age of 18 months, Mason is alive and well in part because of the excellent care he received from Dana Farber Cancer Institute in conjunction with Boston Children’s Hospital. The team Mr. Ruszkowski rides with, Team Brent (in honor of Brent McCreesh, a now 13-year survivor of Stage IV Neuroblastoma), has raised over $268,000, this year alone. This money will go directly to studies and trials to continue to attack the disease from multiple angles including immunotherapy (specifically work on the GVAX vaccine), Anti-GD2 antibodies, targeted radiotherapy, and more.

Ms. Ruszkowski states, “We are so grateful for our son’s continued health.  Mason is here today because of the prayers of so many but also because of past donors who funded Neuroblastoma research well before he was ever diagnosed. As we get further out from Mason’s diagnosis, it becomes even more important to us to make sure that when what happened to us happens to another family that there are better, more effective and less toxic treatments for frontline therapy and relapse. Donors to the PMC help us do that. I’m so proud of Mike’s continued commitment to this event and he and I are ever grateful to Dana-Farber Cancer Institute for all they have done for our family.  We’re also so thankful for the continued support from my firm. Personal online donations from employees at Neubert, Pepe & Monteith, P.C., helped make this our most successful year yet.” 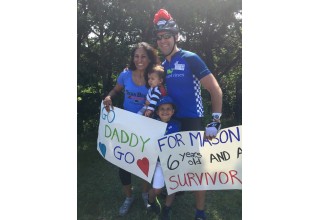 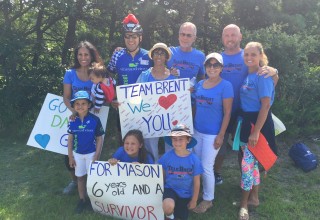 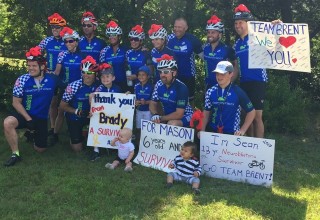 Neubert, Pepe & Monteith, P.C. is a general practice law firm with offices in New Haven and Fairfield Connecticut and White Plains New York. The firm is celebrating its 25th anniversary!