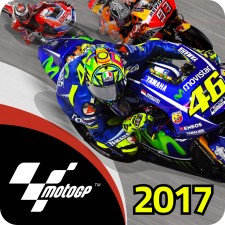 Phoenix, AZ, June 5, 2017 (Newswire.com) - The MotoGP Fan World Championship series, which is contested annually on the MotoGP Mobile App, was won by a British fan in 2016 while the second and third-placed fans came from Indonesia and Malaysia respectively. The geographic spread of the Championship leaders demonstrates the global appeal of MotoGP and how mobile devices have made eSports available to people of all walks of life around the world, using technology and hardware commonly found in your pocket.

In 2017, the series has undergone an update from the development team responsible for the App, with several rule changes implemented in the 2017 season update. Most notably is a shift in focus to individual high score performance on each of the 18 MotoGP tracks featured in the App. Where in 2016 the Fan World Championship was focused on the highest average contributed scores, the 2017 season is all about individual high scores.

"The MotoGP Fan World Championship is a fantastic opportunity for people from all walks of life to compete in a truly global eSports competition based on the MotoGP 2017 Championship season and be in the running to win incredible real world prizes. The accessibility and ubiquitous use of mobile devices mean the thrill of MotoGP can be enjoyed anywhere, anytime."

The actual MotoGP rider whose fan posts the highest score will see themselves in the lead of the MotoGP Fan World Championship, the rider with the next highest fan score places second and so on, all the way down the field to the 23rd place rider.

“After simulating the effects of moving to a high score tournament system we have seen a higher degree of fan engagement and a more dynamic leader board for the MotoGP riders and of course their contributing fans,” said Spokesman for the Fan World Championship race direction, Mark De Simone.

De Simone is the creator of the series and the mind behind the engineering of the physics and graphics simulation engine deployed in the MotoGP Championship Quest App. De Simone said, “We saw a very strong fan engagement in 2016; however, after soliciting feedback from the players and considering that feedback in the context of the series objectives, we concluded that the high score tournament mode made the Fan World Championship not only more fun but more competitive as well.”

Another change in the series is the cadence of Fan World Championship rounds, moving from weekly tournaments to bi-weekly. This change ties in with another new system introduced in the 2017 App, a series of divisions and rankings within those divisions. De Simone said, “Our fans told us that they wanted a more meaningful ranking system which saw them pitted against players of similar ability and bike upgrade levels. The introduction of the divisions and ranks within those divisions ensures that the players are not only competing against similarly skilled players, but it gives them a real sense of achievement as they rise up through the ranks and fight their way to Division 1."

Fans of MotoGP were quick to adopt the app, the simplicity of its gameplay and the huge challenge presented by having to execute precision timing on the brakes and throttle required to achieve perfect performance and maximize scores. “Another thing we saw in our 2016 season review was that the fans wanted a ‘score card’ which would track their highest score, best place finish and other telemetry data on each of the tracks in the game,” said De Simone. “What you will find in the 2017 MotoGP app is a new career mode which not only records your best performance on each track, but monitors your performance through the divisions and ranks of those divisions. The data is displayed in such a way that it is easy to see at a glance where you can optimize your performance and scoring.”

The MotoGP Championship Quest app is available for free on the App Stores.