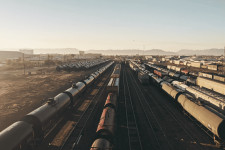 MOSCOW, July 13, 2021 (Newswire.com) - The foreign trade turnover between Moscow and the United States in the first quarter of 2021 amounted to USD 3.88 billion, an increase of 7.7% compared to the same period in 2020. Moscow's share of the total trade between Russia and the United States was 55.3%, as reported by Vladimir Yefimov, deputy mayor of Moscow for economic policy and property and land relations.

"The United States remains one of the Russian Federation's key partners in the area of foreign trade. At the same time, Moscow's share of the total trade between the two countries has increased steadily over the past three years: from 39.2% in 2018 to 47.7% in 2019 to 52% in 2020. Comparing the first quarter of 2021 with the same period in 2020, Moscow's share in Russia's total trade turnover increased from 53.9 to 55.3%," the deputy mayor added.

According to the Mosprom Center, first-quarter results of 2021 showed that Moscow's exports to the U.S. market amounted to USD 1.87 billion, an increase of 7.6% compared to the same period last year.

"In the first quarter of 2021, Moscow's industrial exports amounted to USD 1.02 billion, a 29.2% increase compared to the 2020 first-quarter total of USD 0.79 billion. Moscow's key industrial exports to the American market are mechanical equipment and products for the metallurgical and electronic industries," said Alexander Prokhorov, head of Moscow's Department for Investment and Industrial Policy.

Experts note that exports of agricultural products from Moscow also grew by 32.3%, to a total of USD 9.59 million. The capital's ice cream and confectionery products are in high demand among American consumers - especially candy, chocolate bars, waffles, and sweet biscuits. "The Mosprom Center is becoming an increasingly valuable ally in creating strong trade relations with other countries. For example, our Buyer's Program acts as a framework for the Center's experts to help Moscow-based companies, free of charge and based on specific export needs, find counterparties and conduct negotiations with potential buyers abroad, as well as to secure participation in international exhibitions and business missions," said Mosprom Center general director Natalia Shuvalova.

The Mosprom Center, subordinate to the Moscow Department of Investment and Industrial Policy, deals with individual support for the capital's industrial and agribusiness exports. 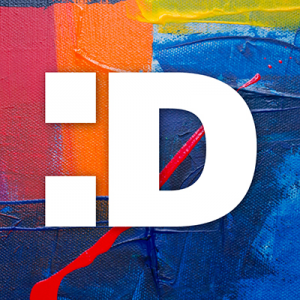 Moscow's Ice Cream Exports Up 72.6% in January-September 2021
Moscow-based companies exported USD 39.64 million in ice cream in the first nine months of 2021, up 72.6% year-on-year. According to Alexander Prokhorov, head of Moscow's department for investment and industrial policy, ice cream exports by weight were up 65.3% to 15,940 tons.
Deneeze Agency - Dec 15, 2021