Moises L. Barraza Has Been Recognized as One of the Top in His Industry by the Expert Network©

Aurora, IL, August 15, 2017 (Newswire.com) - Moises L. Barraza, Founder, Immigration Law Office of Moises L. Barraza, has joined The Expert Network©, an invitation-only service for distinguished professionals. Mr. Barraza has been chosen as a Distinguished Lawyer™ based on peer reviews and ratings, dozens of recognitions, and accomplishments achieved throughout his career.

Mr. Barraza outshines others in his field due to his extensive educational background, superior customer service, and numerous awards and recognitions. After receiving his undergraduate degree from the University of Texas at El Paso he went on to obtain his Juris Doctor from Washburn University School of Law. Since beginning his career in 2010, Mr. Barraza has been honored with numerous awards acknowledging his precipitous rise, including 'Top 40 Under 40' awards from both the American Society of Legal Advocates (2017) and The National Advocates (2016). His industry-leading client satisfaction has also earned him recognition, including Avvo's Clients' Choice Awards (2015-2016), and the American Institute of Legal Counsel's 10 Best in Client Satisfaction among Immigration Attorneys (2016-2017) and 10 Best Law Firm, Exceptional and Outstanding Client Service (2017).

"Right now, there is a lot more public recognition of the immigration issues, and there are many people that are very concerned about what their status in this country is going to be. I have been personally encouraging immigrants to speak out and find an attorney they can trust to discover their options before their situation becomes an emergency. I have also been encouraging those who have a path towards legalization to start sooner rather than later.

The founder of a thriving legal practice, Mr.Barraza brings a wealth of knowledge to his industry, and in particular to his area of specialization, immigration matters including cases involving citizenship, green cards, and asylum. When asked why he decided to pursue a career in this specialty, Mr. Barraza said:

"I think I always knew that I would end up in law some day. I am a compassionate person by nature and though I loved solving complex problems, working with chemicals wasn’t very rewarding for me. What I really wanted was to solve complex problems for individuals and their families. As a child of Mexican immigrants, I saw firsthand the difficult journey that immigrants have to go through to become legalized in the United States. This ingrained in me a strong desire to be part of that process through providing high-quality, personalized immigration law services."

With a motto of “from our family to yours, here’s to your future,” Mr. Barraza focuses on providing high-quality, personalized, and reliable representation to each and every one of his clients. This means sitting down and having one-on-one conversations to find out all of the details of their situation and coming up with individual solutions. From relative petitions to asylum applications and everything in between, he is dedicated to fighting and winning even the most difficult cases. Mr. Barraza has an incredible track record, having won numerous cases that had been turned down by other attorneys or even previously denied by immigration.

As a thought-leader in his field, Mr. Barraza is constantly monitoring the ever-changing and evolving field of immigration law. He has spoken on numerous occasions about these changes at town hall meetings, churches, and community events. He has also been interviewed by various media outlets over the past several months on current trends within immigration law. In particular, he notes that he is paying close attention to the Trump Administration's recent executive orders and their impact on immigrants:

"Right now, there is a lot more public recognition of the immigration issues, and there are many people that are very concerned about what their status in this country is going to be. I have been personally encouraging immigrants to speak out and find an attorney they can trust to discover their options before their situation becomes an emergency. I have also been encouraging those who have a path towards legalization to start sooner rather than later." 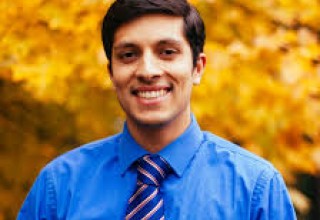