With thousands of apps launched every week, how can founders ensure that their app reviews reach the desired target audience? While there are various ways of marketing your app, one of the essentials, most people often miss out on is getting their app reviewed by experts. App reviews on Mobile App Daily - the Leading portal for Mobile App Trends and Innovation, offers this solution.

NEW YORK, October 13, 2017 (Newswire.com) - In the era of the digital economy, mobile apps have become the nucleus area of investment, whether that’s in terms of time or money. Everyone from venture capitalists, tech media to daily consumers see mobile apps as the new age opportunity closet. From the services consumed to the entertainment that’s facilitated, the world is running on apps for all sorts of purposes. It’s no surprise that there are more than 15,000-plus apps launched each week, yet a very few of these make the cut to the user’s home screen. It's not that they alone offer a remarkable solution, but because their word gets out to the right audience that needs the solution they offer. And although, app store reviews get the most attention for developers, excluding third-party reviews from the promotional mix is a fatal mistake.

Mobile App Daily not only has a vast readership of app users but also journalists and app analysts that are looking for resources on apps. The app reviews provided by MobileAppDaily transcend further than a provider of unbiased opinion and highlights the app’s features, how it works, related interviews, previews and other promotional activities circling around the app.

How are Mobile App Daily Reviews different than All Other Competitors

Within the same sector or category, apps differ in their flavor. Some might cater to a very small set of audience while others to a more varied crowd. This also results in any app’s UI / UX being different from the other in the functionalities it might have. Reviews on Mobile App Daily focus specifically on these aspects which not only discuss the design and technology but also the quality, market, usage, differentiating factors as well as competitive advantages of the app.

Unlike many tech websites, the niche of the website is strictly mobile apps, which makes its outreach exclusive to mobile app users, journalists and publishers. Similar target audience is catered to on various other social media platforms.

Credibility and Authenticity of Research Methods

The greatest asset of the website is not just its global readership and outreach but also the credibility marked with it. The tech nerds in the team are constantly hunting for apps that offer a solution to the world and deserve a shoutout.

One of the key things which help the apps being reviewed is the leverage from an App Store Optimization perspective. Not only does this help in optimizing the search of the app, but also improves the app stores’ ranking algorithms as it finds more content related to the app outside of its own periphery.

The aim with the app reviews is to not simply convince people to download it but show them why the app deserves their attention. The structure of app reviews on MobileAppDaily is driven in similar direction. If the users are convinced that their lives will get easier or more meaningful with the app recommended, they are more likely to recommend it to their friends and family.

Today, developers often pay as much as $10,000 per day on advertising and PRs, however, fail to incentivize their downloads by often committing a common yet devastating mistake- choosing a popular website than a niche related. A review, no matter how well written on a non-niche website, often gets lost in the clatter of other sales pitches. Users mostly prefer apps authorized by experts that they trust; Mobile App Daily with its niche in Mobile Apps is one of such experts that the readers trust. 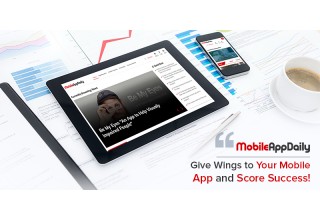 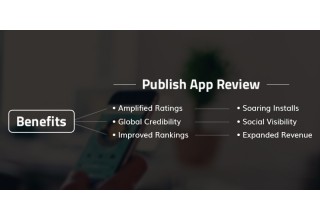 MobileAppDaily is a mobile app-centric news portal which covers all the latest breakthrough in the mobile app industry. We ensure swift delivery of any elementary to paramount advancement in mobile app world with our exhaustive analysis and views.

MobileAppDaily: How Crucial Are User Reviews for App Developers?
Mobile App Reviews, both positive and negative can augment your ASO to unprecedented heights only if you know these secrets.
MobileAppDaily - Nov 8, 2017
Newswire