Michelle Grogan's New Book, "Looking for a Window", is a Fabulous Tale of a Young Man Struggling to Find His Way Back to God After a Series of Staggering and Tragic Events.

Recent release "Looking for a Window" from Covenant Books author Michelle Grogan is the story of a man who walks away from God after the death of his little sister, and then finds himself accused of a heinous act and running from the law. This story chronicles his journey back to faith, life, and maybe even the Lord. 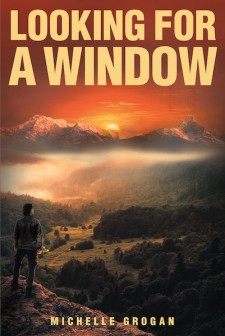 Eugene, OR, February 6, 2018 (Newswire.com) - Michelle Grogan, born again Christian and gifted writer, has completed her new book, “Looking for a Window”:  a touching story about having to hit rock bottom before even starting to look up again.

Published by Covenant Books of Murrells Inlet, South Carolina, Michelle Grogan’s new book reveals the story of a man named Canyon.  Canyon has turned his back on God, who had slammed a door shut on his life when his twelve-year-old sister died. Two months later, although still reeling from the tragedy, Canyon is finally ready to give God a chance to take his sorrow and comfort him. Minutes after making that decision, he’s wrongfully accused of the murder of a police sergeant in his southern California hometown of Spearpointe and eventually finds himself living as a fugitive in northern California.

In the small northern California town of Ackerley, Marlin Armstrong, a lieutenant on the police force, is still grieving from the death of his wife two years earlier. His older daughter, Ashlyn, has a propensity to pick up hitchhikers and help out down-on-their luck homeless animals and people. The separate arrivals of two strangers—Kaylie and, Ashlyn’s latest “project,” Tanek—raise doubts, suspicions, and questions that seem at first to be impossible to find answers to.

They come together in a series of events that leads Canyon on a journey of loss and redemption, happiness and sorrow, and anger and forgiveness that affects not only him but also all those he comes into contact with. Any logical paths that he tries to follow only result in more closed doors. Will Canyon finally restore his trust in God and climb through the window that God opened for him, the one that appears to lead to being convicted of a series of brutal murders he did not commit?

Readers can purchase “Looking for a Window” at bookstores everywhere, or online at the Apple iTunes store, Amazon or Barnes and Noble.

Author Dr. Durussia Jenkins's New Book 'I Saw the Glory' is the True Story of Her Brief Encounter With the Hand of God
Recent release 'I Saw the Glory' from Covenant Books author Dr. Durussia Jenkins is a real-life take about her supernatural encounters with God, where he revealed new mysteries and unexplainable wonders.
Covenant Books - Mar 1, 2021

Stephanie Hunter's New Book 'Overcoming the Mess in the Middle' Draws One Into the Heavy Anchors of God and Reveals the Beauty of His Word
Recent release "Overcoming the Mess in the Middle" from Covenant Books author Stephanie Hunter is a thought-provoking account that will make one realize the power of trusting God in a life plagued by storms and troubles.
Covenant Books - Mar 1, 2021