Recent release "Kingdom Road" from Covenant Books author Michael Walker shares numerous exploits of prominent figures back in time to formulate a blueprint that is relevant in building a brighter modern world. 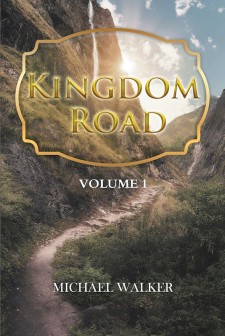 APPLE VALLEY, Calif., June 30, 2020 (Newswire.com) - Michael Walker, a well-rounded writer who holds a master’s degree in international business management, has completed his new book, “Kingdom Road”: a mind-clearing perspective that sees into the lives throughout history in order for modern-day Christians to establish a brighter future for themselves.

Michael writes, “In the year AD 1492, North American was already a populated wilderness, abundant in natural resources sought by foreign conquerors. They were known as explorers. Wealthy societies were already developed by educated Indian tribes with knowledge of navigation, weather patterns, and astronomical cycles.

"One of the most exciting explorers (Christopher Columbus) was a man that attributed his motivation to God and wrote about it in the Book of Prophecy. Secular historians distorted or deleted many of the astonishing insights disclosed in his journals. Kingdom Road Volume 1 unlocks the mystery of ancient maps used by Christopher Columbus to reach the shores of North America. His journey may have been an effort to rediscover long lost treasures collected by King Solomon.

"Spreading the kernels of rebellion, Christopher Columbus and a small band of travelers known as Conquistadors triggered an all-out rebellion that erupts across the world and the continent of North America. During the search for treasures, this book reveals an untold story of wars that raged across the continents, between indigenous tribes and an ancient race of beings called ‘giants’ or ‘Nephilim.’”

Published by Covenant Books of Murrells Inlet, South Carolina, Michael Walker’s new book is an effective tool with a clearer strategy for 21st-century Christians to understand the way in bringing out the best in the present by looking into the past.

Readers can purchase “Kingdom Road” at bookstores everywhere, or online at the Apple iTunes Store, Amazon, or Barnes & Noble.

Giles J. Isaacson's New Book 'The Blessings of a Tentmaker' Holds Several Fascinating Tales That Inspire Faith and Move Hearts
Recent release 'The Blessings of a Tentmaker' from Covenant Books author Giles J. Isaacson is a captivating collection of family stories filled with values and a reminder of our personal responsibility to our faith in God.
Covenant Books - Jul 2, 2020