Michael J. Donohue Has Been Recognized Among the Top in His Industry by Noticed©

ALLENTOWN, Pa., May 23, 2018 (Newswire.com) - Michael J. Donohue, Founder, DONOHUE LAW, LLC, has joined Noticed©, an invitation-only service for distinguished professionals. Donohue has been chosen as a Distinguished Lawyer™ based on peer reviews and ratings, dozens of recognitions, and accomplishments achieved throughout his career.

Donohue outshines others in his field due to his extensive educational background, numerous awards and recognitions, and career longevity. He earned his J.D. from Western Michigan University Cooley Law School in 2004 and his B.A. in philosophy from Villanova University in 2002. Donohue's successful trial verdicts in numerous high-profile cases over the course of his career have earned him recognition from various media outlets and throughout the legal community.

As a kid, I grew up seeing exactly what lawyers do and how they used their position of power to help people. I found this extremely inspiring and have known pretty much since high school that I was going to go down the same path.

With over 10 years dedicated to law, Donohue brings a wealth of knowledge to his industry, and, in particular, to his area of specialization, criminal defense law. When asked why he decided to pursue a career in law, Donohue said:

"As a kid, I grew up seeing exactly what lawyers do and how they used their position of power to help people. I found this extremely inspiring and have known pretty much since high school that I was going to go down the same path."

Donohue began his legal career as a Delaware County assistant public defender where he represented individuals charged with felonies and misdemeanors. To further develop his trial skills, he later accepted a position as a Delaware County assistant district attorney. During this time, Donohue completed numerous specialized training programs, including DUI and undercover drug investigations, and tried to verdict cases involving some of the most serious criminal offenses, including murder and aggravated assault.

Today, Donohue is renowned for his formidable litigation skills which he developed through of his extensive experience in criminal law. Over the last decade, he has conducted countless trials and hearings from nearly every position in the courtroom, giving him a comprehensive understanding of strategy and technique. As an assistant public defender, he learned early on in his career how to effectively defend some of the most difficult of cases. And, as a prior prosecutor, Donohue gained invaluable insight into the inner workings of law enforcement—how they investigate and prosecute different crimes—which he now uses to his clients’ advantage.

Donohue’s numerous successes in high-profile, complex cases, including a case of first impression in the Commonwealth of Pennsylvania, has earned him invitations to appear on media outlets such as ESPN and USA Today. With this prominence, Donohue keeps his eye on prevailing trends in criminal defense law, which he updates the public on through two educational blogs.

Noticed© has written this news release with approval and/or contributions from Michael J. Donohue. Noticed is an invitation-only reputation management service that is dedicated to helping professionals stand out, network, and gain a competitive edge. Noticed selects a limited number of professionals based on their individual recognitions and history of personal excellence. 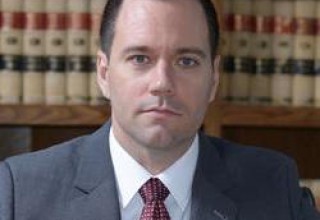