Michael C. Helbert Has Been Recognized Among the Top in His Industry by the Expert Network© 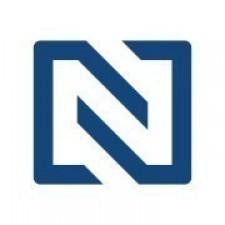 Emporia, KS, April 14, 2016 (Newswire.com) - ​​​​​​Michael C. Helbert, Managing Partner, Helbert & Allemang Law Offices, has joined The Expert Network, an invitation only service for distinguished professionals. Mr. Helbert​​​​​​​​​​​​​​​ has been chosen as a Distinguished Lawyer™ based on peer reviews and ratings, dozens of recognitions, and accomplishments achieved throughout his career.

Mr. Helbert​​​​​​​​​​​​​​ outshines others in his field due to his extensive educational background, career longevity, and numerous awards and recognitions. He received his undergraduate degree in political science and geography from the University of Kansas in and his Juris Doctor from the from the University of Kansas School of Law. He is licensed to practice in Kansas, the U.S. District Court in Kansas, the United States Tenth Circuit Court of Appeals and The United States Supreme Court.

Mr. Helbert has received numerous awards and recognitions over the course of his career. His honors include being listed in the National Trial Lawyers Top 100, American Society of Legal Advocates’ Top 100 Litigation Lawyers, Who’s Who in American Law, and Who’s Who in the World. Most recently he was selected to be in Super Lawyers for Kansas and Missouri for 2015.

As a thought-leader in his industry, Mr. Helbert has his finger on prevailing trends across his many areas of practice. In particular, he is paying attention to recent developments in both employment law and inheritance cases. He noted:

"I think employment related issues are going to be very important moving forward–whether it be appropriate wage payment, or discrimination in the workplace. Overall I think there is going to be a continued trend toward more contractual rights for workers in the workplace. Another big trend I am seeing is that as the baby boomer generation begins to reach old age there has been a huge increase in cases involving their children fighting over their parents’ assets and in litigation over their parents’ estates. Finally, I think that younger generations will demand expect accountability from manufacturers and governments."