Mark A. Krasner Has Been Recognized as One of the Top in His Industry by the Expert Network©

SAN DIEGO, Calif., September 12, 2017 (Newswire.com) - Mark A. Krasner, CPA, Esq., Co-Founder & Shareholder, Blanchard, Krasner & French, has joined The Expert Network©, an invitation-only service for distinguished professionals. Mr. Krasner has been chosen as a Distinguished Lawyer™ based on peer reviews and ratings, dozens of recognitions, and accomplishments achieved throughout his career.

As a member of the District of Columbia Bar Association, I keep a close eye on tax reform in Washington. It's important to stay current on tax law in order to continue to provide my clients with the best possible service.

With over 35 years dedicated to law, Mr. Krasner brings a wealth of knowledge to his industry, and in particular to his areas of specialization, tax law, estate planning, business and corporate law, and family law. When asked why he decided to pursue a career in law, Mr. Krasner recalled a conversation with a local judge and friend of his father told him that a good tax lawyer was hard to find in San Diego:

"After that conversation, I was laser-focused. I obtained my CPA and then went to law school, as he advised. I keep my CPA license current in both California and Nevada. I believe my knowledge of tax law gives me an upper hand on the competition."

Named a “Top Lawyer” by San Diego Magazine, Mr. Krasner has established himself among the best attorneys in San Diego County. He has been the representative for a number of substantial business deals in recent years. Mr. Krasner has advised several real estate investment partnerships on multi-million dollar transactions. Over the course of his career, he has represented businesses and professionals in a broad range of industries, including automobile dealerships, real estate, lenders, manufacturers, inventors, medical device companies, food and beverage vendors, publishers, retailers, and many others.

As a thought-leader in his field, Mr. Krasner continues to strive to be better. With an eye toward providing his clients the best representation possible, he is constantly keeping a close eye on prevailing trends in business and tax law. He noted:

"As a member of the District of Columbia Bar Association, I keep a close eye on tax reform in Washington. It’s important to stay current on tax law in order to continue to provide my clients with the best possible service." 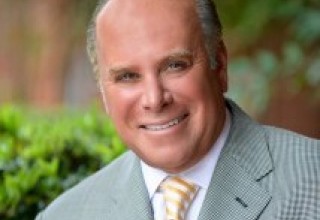