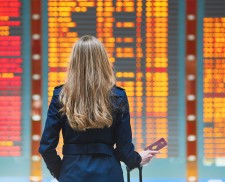 LONDON, November 12, 2018 (Newswire.com) - A new "Women in Business Travel" report released by global business travel specialist FCM Travel Solutions (http://uk.fcm.travel) has revealed that despite current public scrutiny of the gender pay gap and equal treatment of women in the workplace, when it comes to business travel, male and female preferences and habits and are not that dissimilar.

The report is based on a recent survey among 1,000 of FCM UK clients’ business travellers. Almost 52 per cent of respondents were women, and 48 per cent male.

The results of FCM's survey indicate that male and female business travellers are more similar than ever before. Maybe Venus and Mars are closer to colliding than anyone realised.

Both genders dislike the same aspects of business travel. Top of the list is being away from family or partner (72 per cent), followed by disruption to work, (38 per cent) and disliking having to travel alone (14 per cent).

More positively 45 per cent of women respondents said that they enjoy travelling on business in comparison with 39 per cent of men. But both enjoy face-to-face interaction most (60 per cent), followed by meeting colleagues and the experience of travel.

One notable gender difference which emerged, however, is the reason for business travel. Meeting clients is the single biggest reason for men (22 per cent), but is only true for 12 per cent of women, whose main reason is internal meetings (13 per cent) against 10 per cent for men.

Duty of care also showed discrepancies as according to the FCM report only 18 per cent of corporate travel policies address the safety needs of female travellers. Additionally, although 61 per cent of buyers believe it is important to consider women’s safety, only 44 per cent have an arrangement in place to allow female-friendly lodging options.

Other findings of the FCM survey include:

-        nearly equal proportions of men and women travel by air, but more women use the train, and more men use self-drive.

-        men prefer to drive to the airport, but marginally more women take a taxi.

-        use of airport lounges makes only a minor contribution to the enjoyment of travel with 23 per cent of respondents using one every trip. In fact, 25 per cent of women say they never use a lounge.

-        hotel restaurants and bars are equally popular among men and women, although 42 per cent of men drink alone in the bar compared with 32 per cent of women

-        men are more likely to sue hotel body-wash, shampoo, and conditioner, in-room kettle and iron than women – but not the hairdryer

-        more than half of business travellers would stay in an Airbnb, although fewer women are willing to do so than men

“The number of female travellers has increased by 50 per cent over the past five years and nearly two-thirds of travellers today are women. At the same time gender diversity and gender pay gaps are hot topics in the corporate world today,” commented Jo Greenfield, UK General Manager, FCM Travel Solutions.

“We decided to conduct research among our clients’ travellers to gain better insight into the needs and preferences of female travellers versus men and whether corporate travel programmes still need a more tailored approach,” explained Greenfield.

“Interestingly the results which have been published in our Women in Business Travel report indicate that male and female business travellers are more similar than ever before. With just a few exceptions, the tastes and habits of both genders are the same. Maybe Venus and Mars are closer to colliding than anyone realised.”

A full copy of FCM’s ‘Women in Business Travel’ report can be downloaded here: https://www.uk.fcm.travel/report/women-in-business-2018

FCM Travel Solutions is the flagship global travel management brand of the Flight Centre Travel Group which has expanded to become one of the world’s largest travel companies. FCM is the business travel partner of choice for large national, multinational and global corporations. Our global network spans more than 90 countries, employing over 6000 people.  We are transforming the business of travel through our empowered and accountable people who deliver 24/7 service and are available either online or offline. Leveraging FCM's negotiating strength and supplier relationships in conjunction with our tailored business travel programs, our expertise delivers more for our clients where it matters most to them. www.fcm.travel 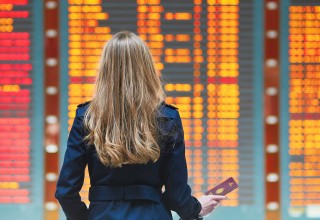 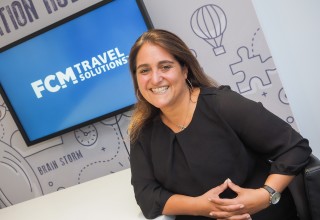