This event is shaping up to overshadow the 2016 event with more prominent speakers added, a larger expo and much higher attendance. 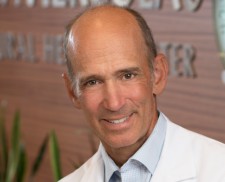 San Diego, CA, October 5, 2016 (Newswire.com) - In July of 2016 Low Carb USA, an organization focused on dietary education, hosted a landmark conference on the low-carbohydrate diet which was held at the Westin Gaslamp Hotel in Downtown San Diego.  Planning is now in full cry for the next one and, in spite of the fact that the 2016 event was a roaring success, the 2017 event is looking to totally outshine it.

Some of the big name speakers like Gary Taubes, Dr. Eric Westman, Dr. Jeff Volek, Dr. Dominic D'Agostino and Ivor Cummins will all be back, but some other really big names are being added.  Dr Joseph Mercola and Dr. Thomas Seyfried are already confirmed and the likes of Professor Tim Noakes, Dr. Stephen Phinney, Dr. Sarah Hallberg and Nina Teicholz are expected to be confirmed within the next few days.

Taking heed of all the feedback received after the 2016 conference, the organizers have moved the conference to Wyndham® Bayside Hotel.  This great hotel is in a prime location right on the San Diego Bay with bigger conference facilities and more room for a bigger and better expo as well as a separate meeting area.  Parking and the negotiated room block are both much cheaper and the reception dinners are to be held on the Berkeley Steamship Museum where the attendees can stand out on the bow deck and watch the sun set over the bay.  All-in-all the Low Carb USA - San Diego 2017 conference is going to be spectacular!

You can find details at: https://go.lowcarbusa.org/san-diego-2017.

Momentum Toward Change Initiated After Resounding Success of Low Carb USA - San Diego 2016 Conference
After bringing together 25 of the world's top medical and scientific minds to discuss how nutrition can treat and prevent serious disease at the largest-ever low-carb conference in San Diego, Low Carb USA has achieved its aim of creating a stir and initiating momentum toward change in the perceptions of what we should eat and the government guidelines that shape those perceptions.
Low Carb USA - Aug 6, 2016