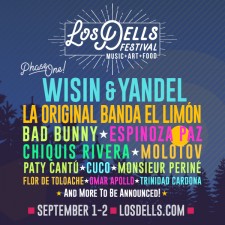 LOS ANGELES, June 22, 2018 (Newswire.com) - The wait and anticipation are finally over. The first wave of stellar artists participating at Los Dells Festival in 2018 was announced today with headlining performances by superstar Puerto Rican reggaeton duo Wisin & Yandel, who are back from their hiatus and performing for the first time in the Midwest since 2013. The multi-awarded band La Original Banda El Limon, from Sinaloa, Mexico, who is a family tradition to more than one generation, will also be part of the anticipated festival to take place once again in Labor Day weekend, September 1st and 2nd at the Woodside Ranch in Wisconsin, just 10 miles north of Wisconsin Dells. Additional outstanding artists will be announced in mid-July.

Toyota joins the musical extravaganza this year as the exclusive automotive sponsor of Los Dells.   Festival-goers will be treated to an array of interactive experiences within the Toyota Música area including the Toyota Music Den, presenting a lineup of some of the hottest up-and-coming Latin talent. In its commitment to supporting emerging artists and music discovery, Toyota partnered with Latin urban music icon – and headlining this year’s Los Dells – Wisin, to curate the lineup performing on the Toyota Music Den stage.

The festival’s second year makes an excellent follow up of the first year, where more than 30,000 people witnessed the first performance of the top-selling Latin rock band in the world Maná in Wisconsin among some other stellar artists.

Los Dells Festival 2-day passes are on sale now starting via Ticketmaster/Los Dells and www.losdells.com. Special early bird prices start at GA tickets start at $149.00 & VIP tickets start at $299.00. For more information and updates, please visit the festival’s website. Festival attendees will again have the option to camp on-site or stay at one of the numerous hotels and resorts near the site.

Last year more than 1,500 people camped at the festival, and due to social media suggestions from the first time attendees, the festival organizers and camping facilities will now provide the option of the ‘quiet camping area’ for those with families or who prefer to sleep early. For more information on camping opportunities and VIP packages you can go to LosDells.COM.

In addition to the remaining artists that will soon be announced, the festival will feature art installations, a Ferris Wheel alone with other fun new attractions for kids and adults and a vast culinary program in a pristine, wooded land surrounded by awe-inspiring landscapes and sunsets.

The Los Dells Festival is spearheaded by Damon Zumwalt, founder, and CEO of Contemporary Services Corporation, and supported by an experienced group of hometown and national event producers. 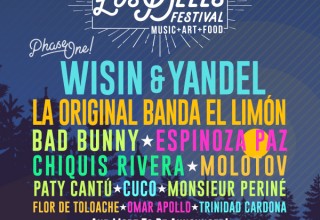 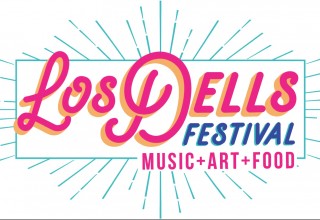