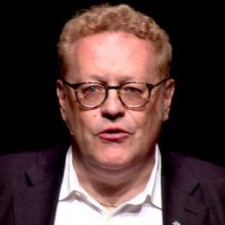 SAN FRANCISCO, January 15, 2018 (Newswire.com) - CoinAgenda producer Michael Terpin, CEO of Transform Group and co-founder of BitAngels, is the newest addition to the top-notch field of advisors for the LiveEdu ICO, which is slated to start on Jan. 15, 2018.

Michael's Transform Group, with over 50 ICOs done and counting, is the world leader in blockchain and ICO public relations and advisory services. He also co-founded in 2013 two of the now most influential brands surrounding cryptocurrency: CoinAgenda and BitAngels. CoinAgenda was the first-ever conference for Bitcoin investors and is now the one place where the world's best and most knowledgeable cryptocurrency investors and the top established and upcoming investment opportunities meet and exchange information. BitAngels was the first angel group for cryptocurrency investments. This was followed in early 2014 by the BitAngels Dapps Fund with David Johnston, which was the first digital currency fund ($6 million wholly raised in cryptocurrency). Additionally, Terpin, along with Gil Penchina and Nick Sullivan, co-founded the Bitcoin syndicate as part of Flight VC. In the true vein of a serial entrepreneur, he co-founded an e-commerce Bitcoin company incubator, bCommerce Labs, in 2015. In 2017, he joined Alphabit Fund, a $300 million digital currency fund, as special advisor, CMO and head of their ICO investment committee.

Michael Terpin is a pioneering investor and adviser to a multitude of blockchain, media and technology companies, including ShapeShift, Bancor, Purse.io, and GoCoin. Joining the LiveEdu ICO is a logical evolution from his investing experience in the Bitcoin/blockchain sector since early 2013 and we are pleased to have such an innovator as our friend and advisor.

LiveEdu is a decentralized professional development platform that teaches people how to build complete products in future technological fields. They are building the YouTube for online education; simply put, it is the next-generation Lynda.com. Unlike existing online education platforms, LiveEdu is not focused on beginners but mainly intermediates to experts. 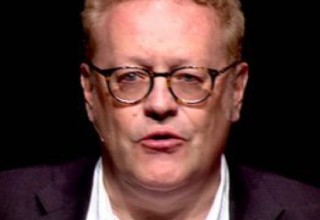 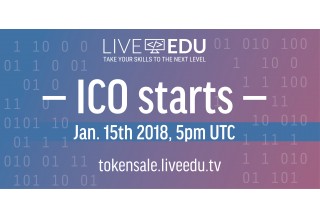 LiveEdu to Launch Indiegogo Crowdfunding Campaign
LiveEdu, the live and video tutorial learning platform where you can learn how to build real products is now on Indiegogo.
LiveEdu - Sep 14, 2017