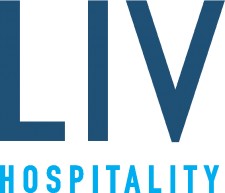 Rapid City, SD, August 9, 2016 (Newswire.com) - Committed to the communities we serve, Liv Hospitality is pleased to announce the most recent recipient of our Liv to Give fundraising event. This contribution has been made to Saint Thomas More’s Scott Grimsrud Scholarship thanks to the efforts of the 9th annual Liv to Give event which was held this past April 16th. The full day event allowed one hundred percent of all proceeds from the WaTiki Indoor Waterpark Resort, Fairfield Inn & Suites, La Quinta Inn & Suites and Sliders Bar & Grill to be given to deserving non-profit organizations that have a positive influence in our local community.

The Scott Grimsrud Scholarship is an award that started in 2009 and continues today to honor Scott Grimsrud, a friend of the Liv to Give organization and inspiration to many in the community. Scott was a devoted supporter of Saint Thomas More's athletics and trusted that in giving of his many talents, he brought out the best in people.

"We feel that it is very important that all of us embrace the idea of giving back and contributing to the community in which we live."

The fundraising event, now known as Liv to Give, started in 2007 as Kevin Morsching Day. The event raised $30,000 for the family of the young man who lost his life in a tragic accident. Since then, thanks to the support of the community and guests, the benefit has raised more than $200,000 for non-profit organizations centered around youth in our community.