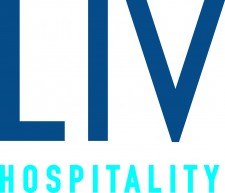 Rapid City, SD, March 3, 2017 (Newswire.com) - ​Liv Hospitality of Rapid City, SD has made a large donation to several local charities.  Over $10,000 was distributed to Northern Hills Alliance for Children in Deadwood, Rushmore Hockey and Skating Association and Front Porch Coalition, both of Rapid City.

The funds are paid from Liv to Give, an annual benefit held by Liv Hospitality each year.  The event started in 2007 and was originally known as Kevin Morsching Day, named in honor of a young man who lost his life in a tragic accident.  The first benefit raised over $30,000 for the family, and the idea of an annual event to benefit the surrounding communities was born.  Caleb Arceneaux, CEO, says “At Liv, we recognize those who have allowed us to become the company we are.  Liv to Give is our way of paying it back to the community, and honoring and assisting those in need.”

Each year recurring donations are made to the Arete Foundation in memory of Kevin Morsching and in 2009 an annual donation began for the Scott Grimsrud Scholarship.  Scott Grimsrud was a close friend of the ownership group of Liv and was an inspiration to many in the community. Also that year, Liv to Give was established as a component fund of the Black Hills Area Community Foundation (BHACF).  Since its inception in 2007, Liv to Give has contributed more than $250,000 to worthy, non-profit causes in our area.

Once a year, WaTiki Indoor Waterpark, La Quinta Inn & Suites, Fairfield Inn & Suites, Sliders Bar and for the first time, Marcos Pizza at the waterpark, host a daylong fundraiser. All proceeds made at these locations for the entire day benefit Liv to Give. Stay overnight, visit the waterpark and grab a pizza and a beverage, and your money will help a worthy cause in the Black Hills.  Donations may also be made any time at Black Hills Area Community Foundation.

This year’s event takes place Saturday, April 22, 2017.  Make plans to join the community at WaTiki Indoor Waterpark Resort for Liv to Give and a day to remember.  For reservations or information, call 866.Watiki.Fun or visit www.watikiwaterpark.com.