The award-winning scholar who created the genre "social fiction" in which researchers represent their studies through popular literature so public audiences can access them, releases 20th book. 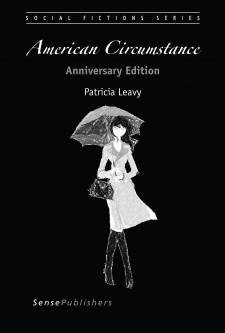 Kennebunk, ME, June 16, 2016 (Newswire.com) - Research studies conducted by experts are typically dry, boring and impossible to read. But they don’t have to be. Research can be read by anyone, if it’s written in the right form. Studies in medicine, health, and psychology, don’t need to be boring and jargon-filled. They don’t need to be printed in stuffy journals no one wants to read. Patricia Leavy, Ph.D., a sociologist with expertise in research methodology, created the concept of “social fiction” so that researchers in any field can write their research findings in literary forms, such as novels or short stories. Leavy doesn’t suggest these forms should replace traditional research studies, but rather that for those researchers interested in sharing their work with popular audiences, novels provide a way of doing so.

Leavy is an award-winning sociologist and prolific author. She just released her twentieth book, American Circumstance: Anniversary Edition (a revised and expanded edition of her popular novel). This is a novel grounded in years of interview research with women about their relationships and identities. It explores appearance versus reality – how our lives and relationships look to others versus how they really are. Social class also plays a major role in the novel. Leavy flexes her sociology chops by exploring how social class shapes identity, opportunities and relationships. She also offers a behind-the scenes of the wealthiest 1% in the country and how wealth and power are replicated.

American Circumstance kept me up! I couldn't put it down; I wanted to see how the characters' lives untangled. I loved how Leavy challenged my cultural assumptions.

Here’s a summary of the plot: Paige Michaels comes from the kind of wealth that few experience. The daughter of a notoriously successful banker who wielded great political power, she grew up in an extraordinary world peopled by the leaders of tomorrow. Now one mistake rooted in her past is threatening to unravel her perfect life. After years as a stay-at-home mom in New Jersey, Mollie Johnston convinces her husband to move back to New York, to fulfill her dream of living amid the bright lights. Mollie is uncomfortable in her own body and always worried about how others see her. Once she sees how the other half lives, perhaps she will come to see herself and her marriage more clearly. Gwen McAndrews is the ultimate New York socialite, and the envy of those impressed by her grandeur, but there is more than meets the eye.

Leavy created the Social Fictions series five years ago, the only academic book series that exclusively publishes literary works based on scholarly research. Believing in the unique power of the arts to engage people and fueled by research in literary neuroscience that suggests reading fiction affects readers more deeply than nonfiction, Leavy partnered with the academic press Sense Publishers. The Social Fictions series has become one of their fastest-growing and most successful book series, garnering numerous awards including a 2014 Special Achievement Award from the American Creativity Association. They have published twenty titles in five years. Leavy’s novels, Low-Fat Love and Blue are the most popular titles in the series.

American Circumstance is fiction for smarties and a summer must-read.