Lewis C. Giles Has Been Recognized Among the Top in His Industry by Noticed©

WACO, Texas, June 12, 2018 (Newswire.com) - Lewis C. Giles, Partner, Giles & Giles, P.C., has joined Noticed©, an invitation-only service for distinguished professionals. Giles has been chosen as a Distinguished Lawyer™ based on peer reviews and ratings, dozens of recognitions, and accomplishments achieved throughout his career.

Giles outshines others in his field due to his extensive educational background, numerous awards and recognitions, and career longevity. He earned his J.D. from Baylor University School of Law in 2008 and also holds a BFA from University of Mary Hardin-Baylor. Giles has been listed as a "Rising Star" by Super Lawyers® and among the "10 Best in Client Satisfaction" by the American Institute of DUI/DWI Attorneys™, in addition to numerous other recognitions.

With 10 years dedicated to law, Giles brings a wealth of knowledge to his industry, and, in particular, to his areas of specialization, family law and criminal defense. When asked why he decided to pursue a career in law, Giles said:

"I decided that I wanted to work directly with people, so I began working as an insurance agent. This didn’t have quite the impact on people’s lives that I was hoping for, so I started considering law school. My father was a lawyer, so I grew up seeing the influence he had, and I also knew that he would always be there for me as a resource if I needed it."

As a thought leader in his field, Giles has seen his fair share of interesting cases. One such has been ongoing in Waco for the last three years. He commented:

"There was a shootout here a couple of years back, and the main people that were a part of it were in two biker gangs. Nearly 200 people were arrested which brought on a host of legal questions and a civil suit from some people who were not members of the gang and just happened to be there. It took almost two years to get the case settled and the criminal charges dropped."

A native Wacoan, Giles has offered his time to local legal organizations, including the Waco-McLennan County Young Lawyers Association in which he served as director, vice-president, and president. He is also a CJA Panel Attorney in the Western District of Texas and a member of the National Association of Counsel for Children, among other associations.

Noticed© has written this news release with approval and/or contributions from Lewis C. Giles. Noticed is an invitation-only reputation management service that is dedicated to helping professionals stand out, network, and gain a competitive edge. Noticed selects a limited number of professionals based on their individual recognitions and history of personal excellence. 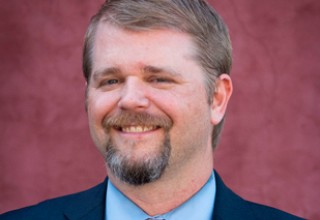