Leslie A. Barry Has Been Recognized Among the Top in Her Industry by Noticed©

HUNTINGTON BEACH, Calif., February 27, 2018 (Newswire.com) - Leslie A. Barry, Certified Child Welfare Law Specialist, has joined Noticed©, an invitation-only service for distinguished professionals. Ms. Barry has been chosen as a Distinguished Lawyer™ based on peer reviews and ratings, dozens of recognitions, and accomplishments achieved throughout her career.

With nearly 20 years dedicated to law, Ms. Barry brings a wealth of knowledge to her industry, and, in particular to her area of specialization, family law with a particular emphasis on child welfare. When asked why she decided to pursue a career in law, Ms. Barry said:

"My (now) husband hired an attorney to fight for custody of his children, who were under a legal guardianship. That attorney was very expensive and well known in our county but, in my opinion, he probably should not have taken the case. He did not appear to understand the applicable law and, instead of being an advocate, he pressured my husband into settling. I saw that and thought that I could do a better job."

In her 18 year career, Ms. Barry has been a member of all five panels that provide indigent defense on appeal in California. Today, working with four of those panels, she represents parents, children, relatives, and other interested parties throughout California in appeals related to child welfare matters as well as in appeals from orders in private actions to terminate parental rights.

As a thought-leader in her industry, Ms. Barry has her finger on the pulse of prevailing trends in child welfare law. Discussing one recent development, in particular, she notes:

"Over the last several years, there have been major changes to how relatives are supposed to be treated in child welfare cases. The legislature has passed laws focused on assuring that dependent children are placed with relatives whenever possible and that children who are placed with relatives can remain so placed regardless of any other circumstances. However, the social services agencies are not complying with the statutory scheme and the juvenile courts are not taking the agencies to task for their failures. That’s one of the biggest battles right now at the appellate level."

Noticed© has written this news release with approval and/or contributions from Leslie A. Barry. Noticed is an invitation-only reputation management service that is dedicated to helping professionals stand out, network, and gain a competitive edge. Noticed selects a limited number of professionals based on their individual recognitions and history of personal excellence. 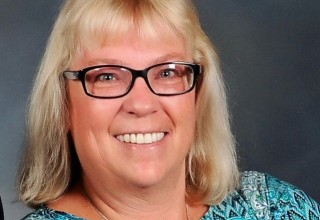