"I founded Creative Family Connections on the principle that 'everyone can build a family.' Throughout these many years, I have eagerly awaited the day when the District - our nation's capital -- would finally address this inequity and put itself in its rightful place as a leader and protector of equal rights for all of its residents."

The DC ban on surrogacy contracts affected not just DC's prospective surrogates but all surrogates living in the metro area. Gestational carriers who lived in Maryland and Virginia were restricted by legal contracts from traveling into DC from the 24th week of pregnancy onward. This posed a significant challenge for the many residents of the metropolitan DC area who pass through all three jurisdictions during the course of an average day.

Under the law that became effective today, surrogacy is now legal, and surrogacy contracts in the District are enforceable. The bill sets guidelines for parents and surrogates entering into surrogacy arrangements and establishes how the intended parents should establish their parentage rights.

The first version of a statute to change the old DC law was introduced in 2013. Diane Hinson, owner and founder of Creative Family Connections LLC, a top-rated, integrated law firm and surrogacy agency based in Chevy Chase, MD, was the first of many witnesses to testify before the DC Council at a hearing on the bill. Creative Family Connections works with intended parents from across the U.S. and abroad, and with gestational carriers from all over the nation – but only in jurisdictions where surrogacy is legal.

Since it was founded in 2001, CFC has not accepted any gestational surrogate candidate from the District. Today, that policy changes, to the delight of both women who want to be surrogates and prospective parents living in DC.

“The District has a track record of being a national leader in providing equal rights for all its residents,” Hinson said. “It was one of the first jurisdictions to permit same-sex couples to marry. Yet, its antiquated surrogacy law has impeded their ability to have children.”

Showing the Council members Creative Family Connections’ 50-state surrogacy map, Hinson demonstrated just how out-of-sync DC was with the rest of the country. DC was not only one of the few “red-light” states, it had the harshest statute in the nation.

Hinson worked with colleagues in the metropolitan area on the new statute, and she was one of a few people to draft the language that the Council ultimately voted into law. Creative Family Connections has immediately – and happily -- revised its heavily relied on interactive state-by-state map to reflect this new statute:  The District’s law has moved 180 degrees, from the toughest of the “red-light” states to a dark “green-light” state, signaling that gestational surrogacy is now permissible in all cases in which the statute’s requirements are followed.

“I founded Creative Family Connections on the principle that ‘everyone can build a family’,” Hinson said. “Throughout these many years, I have eagerly awaited the day when the District – our nation’s capital -- would finally address this inequity and put itself in its rightful place as a leader and protector of equal rights for all of its residents.”

That day has finally arrived.

Creative Family Connections is headquartered in Maryland, in the Washington, DC metro area. The firm helps prospective parents of all kinds - gay and straight, partnered and single, domestic and international - build families through gestational surrogacy. CFC is the developer of the 50-State-Surrogacy-Law Map, an industry-wide resource for ART attorneys and others interested in surrogacy laws throughout the United States. For more information, visit CreativeFamilyConnections.com.

In October, Hinson was named a member of the Men Having Babies Advisory Circle, a role which recognized her as a legal expert in the area of ART law and an international leader in building families through gestational surrogacy. Creative Family Connections is ranked as a top surrogacy agency in the world as reported on parent surveys through Men Having Babies. 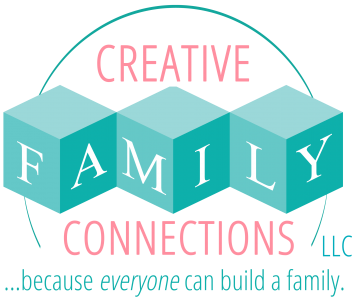 A Historic Day for Surrogacy in the District of Columbia
Creative Family Connections - Jun 20, 2018