Last Chance to Be an Early Investor in CyberLandr™

The disappearing RV/camper for Tesla's Cybertruck already has over $125M in preorders and the crowdfunding campaign ends Friday.

AUSTIN, Texas, April 27, 2022 (Newswire.com) - Stream It, Inc., the creator of CyberLandr, announces the closing of its crowdfunding campaign this Friday.

"This is the last chance to be an early investor in this disruptive RV," said Stream It, Inc. CEO Lance King. He went on to say that "Being able to have an RV that is always with you means you can get much more value from CyberLandr than an ordinary RV. Our thousands of customers are telling us how it will enhance their lifestyles. For example, instead of just using it for camping, they also like being able to immediately take a shower after a jog or bike ride in the canyon, a place to relax and get out of the sun during sports tournaments, and the comfort of knowing you have most of the conveniences of home (including your own private restroom) wherever you go."

King also stated, "We never intended to run a crowdfunding campaign. However, we received many requests from customers and enthusiasts wanting to help us accelerate the transition to sustainable transportation/recreation, and they are such amazing people that we wanted to find a way to let them participate in this adventure."

Cyberlandr™ orders have already surpassed $125 million in retail value even though the Cybertruck it fits in won't be available until next year. This isn't too surprising given that many customers have said seeing CyberLandr had the same effect on them as their first smartphone — they had that 'ah ha' moment where they realized this could transform their lifestyle.

Timing couldn't be better with huge demand for RVs and Tesla's Cybertruck. To invest and join the adventure, use this link: CyberLandr on StartEngine

The start of 2022 has been a busy period of growth for CyberLandr. The company announced in February that it moved its research and development facility to Austin, Texas.

CyberLandr also completed a 3,000-mile field test with its latest prototype and was reviewed by Sandy Munro and his team. Munro and Associates has a 30-year track record of helping companies reduce time-to-market research and development, engineering, and manufacturing costs ― all while increasing the quality of products, processes, and systems.

In April, the company also revealed some interior features of CyberLandr, including the invisible induction cooktop that allows users to cook through the countertop while keeping the countertop cool enough to touch. The touch-sensitive cooktop controls are integrated into the countertop. See it in action here or get a more detailed look using this link.

CyberLandr is a product of Stream It®, the developer of the first mobile-capable, real-time analytics platform that turns video and sensor data into business intelligence. To learn more or reserve your own CyberLandr, visit www.cyberlandr.com. 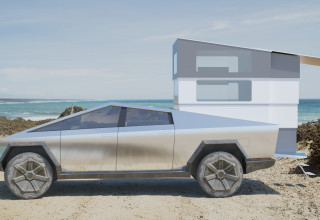 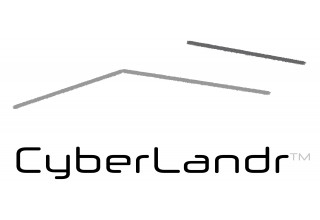 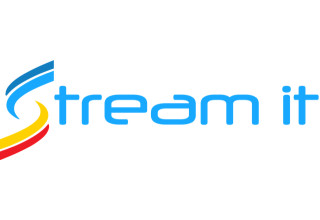 About Stream It, Inc.

Work From Home, Anywhere—CyberLandr Elevates the Nomad Lifestyle
CyberLandr's included StarLink Internet means you (and your cell phone) can work almost anywhere on the planet
Stream It, Inc. - Sep 6, 2022