Journey Beyond the Stars With the Ultimate 'Second Galaxy' Trailer

BEIJING, August 29, 2019 (Newswire.com) - Today, ZLONGAME announced that its new open-world, sci-fi MMORPG, Second Galaxy, will launch on September 10. The news came along with a brand-new trailer, which is the ultimate way for space explorers to see Second Galaxy before the big day. For all of the budding space commanders eagerly anticipating the game’s release, this preview of the year’s biggest, mobile, sci-fi blockbuster is for all gamers.

Pre-orders and pre-registration for Second Galaxy are now available on both the Apple App Store and Google Play. Users can find Second Galaxy pre-order options in the Editor’s Choice section of their respective app store or by following the links below:

A Vast Universe in the Palm of Your Hand

Second Galaxy uses computational mapping technology to present a huge universe that is 1,000 light-years in diameter, with 4,961 galaxies densely populated with planets, stars, satellites, gas entities, wormholes, other celestial bodies and man-made facilities for players to discover. This is the first time that a mobile game has ever had such a large, realistic and meticulously crafted open-world, and the best thing about this universe is that it offers a sandbox experience where players can enjoy a degree of freedom never seen before in a mobile game. Every encounter between players can lead to new and unique events and trigger different random missions that build into a living, breathing cosmic ecosystem.

A Sci-Fi Journey of Future Civilizations and Intergalactic Conflicts

Three thousand years in the future, mankind’s interstellar technology has expanded to colonize the Origin region, commonly known as the Second Galaxy. In the endless sea of space, five unique nations, bound by tenuous diplomacy, keep this new world in check. In the vastness of space, different civilizations and motives have emerged to crack this fragile balance and change the face of history. Each nation has its own political system, religion, architecture and military that influenced the developmental direction of each civilization. This is especially clear when it comes to their combat strategies and their spaceships.​

Battle With 1,000 Players Simultaneously on a Global Mega-Server

Second Galaxy uses a dynamic server division strategy and network distribution linking technology, allowing every player to play together on a single global server with all of their interactions occurring in real-time. Players can make real-time, dynamic transactions through neutral trading planets or in underground black markets and engage in combat that leads to large-scale, galactic warfare or cooperation throughout the entire server. Resources are a rare find in the vast emptiness of space, so to secure the future of their chosen nation and corporation, players must engage in fierce battles to fight for supplies and domination.

As the game will officially launch on September 10, a number of pre-launch events have already been started. Head to the official website and Facebook page for details.

ZLONGAME has consistently been the fastest-growing mobile games company in the world for the past three years, specializing in both developing and publishing mobile games for the global market. With headquarters located in Beijing, China, ZLONGAME currently has offices in Taipei, Tokyo, and Seoul, with development centers in Beijing and Shanghai. To date, ZLONGAME has launched games in over 30 countries and regions around the world, including mainland China, Hong Kong, Macao, Taiwan, Japan, South Korea, Southeast Asia, North America, Europe, and Australia. 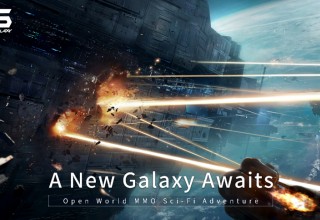 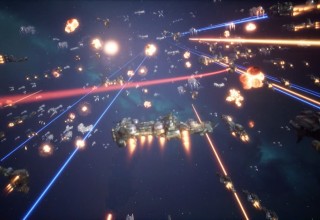 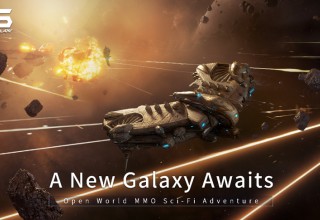 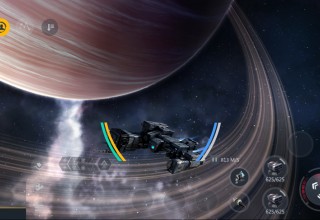 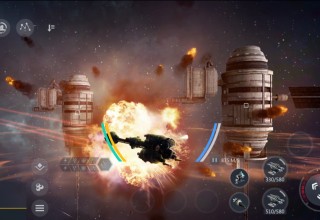