John Somer's New Book 'Louise Rosenblatt: The Essence of Civility' Critiques the Philosophy of Louise Rosenblatt Regarding Literature and Its Significance in Civilizations

Recent release 'Louise Rosenblatt: The Essence of Civility' from Covenant Books author John Somer is a sagacious narrative that tackles the problem of literary decline in societies and how this impacts the need for literature eloquence. 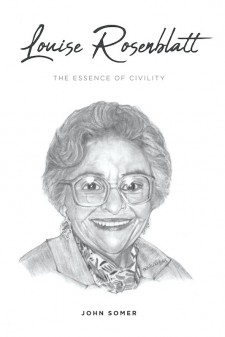 CHICAGO, July 7, 2020 (Newswire.com) - John Somer, a professor emeritus of Emporia State University in Kansas, has completed his new book “Louise Rosenblatt: The Essence of Civility”: an in-depth read that discusses Louise Rosenblatt writing on literature and its longstanding dilemma of language regression in favor of mathematical algorithms and how this notion impacts the world’s state on literary comprehension.

John writes, “‘Louise Rosenblatt: The Essence of Civility’ is a philosophical, scientific, and practical justification of Rosenblatt’s argument that struggling with words develops the mind to cope with ambiguities of reality.

In 1938, Louise Rosenblatt wrote about literature and exploration and addressed an ancient dilemma. The problem was introduced centuries ago when the Akkadians wrote the first dictionary. Writers had depended on words to clarify social conflicts, and eventually, they realized the ambiguity of language. This problem existed beyond the Renaissance.

In the eighteenth century, languages received a resounding blow. The deists and scientists preferred rational numbers to arbitrary words. The result was that ancient writings lost their grip on Western civilization. In an attempt to rescue social harmony, Mathew Arnold, in the nineteenth century, argued that literature at least contained the wisdom of the ages.

In the twentieth century, however, literary critics rationally studied a work of literature, and scientists studied the roots of languages. Both ignored the value of reading literature. Today, technology absorbs and guides our lives. Rosenblatt’s ideas are now crucial. When readers struggle with the ambiguities in words, they also struggle with their conceptions of reality. In this process, the brain learns to accept challenges, to rise above rigid assumptions, and to acquire the flexibility to accept the human condition.”

Published by Covenant Books of Murrells Inlet, South Carolina, John Somer’s new book reminds readers of the importance of words and how this has paved the growth and perpetuity of societies throughout the ages.

Readers will be enlightened with ideas concerning the wisdom of literature and its genuine essence in the formation and stability of civilizations.

Readers can purchase “Louise Rosenblatt: The Essence of Civility” at bookstores everywhere or online at the Apple iTunes store, Amazon, or Barnes and Noble.

Joseph R. Lange's New Book 'Bugaloo in the Bayou' is a Thrilling Battle Against a Threatening Evil Force in Bayou Corne
Recent release 'Bugaloo in the Bayou' from Covenant Books author Joseph R. Lange is a riveting journey of Dr. Trevor as he finds himself in the scorching heat of the Louisiana swamplands and up against a looming darkness unleashed in the small town of Bayou Corne.
Covenant Books - Aug 6, 2020

James B. Styles' New Book 'Through the Glass Darkly' is an Extraordinary Travel Into the Past That Looks Into One's Choices and Paths Taken
Recent release 'Through the Glass Darkly' from Covenant Books author James B. Styles chronicles a riveting journey back in time of an old man as he attempts to make different choices and live a different life.
Covenant Books - Aug 6, 2020