John J. Bruno, Jr., Has Been Recognized Among the Top in His Industry by Noticed©

RUTHERFORD, N.J., March 19, 2018 (Newswire.com) - John J. Bruno, Jr., Founder, Bruno & Ferraro, has joined Noticed©, an invitation-only service for distinguished professionals. Bruno has been chosen as a Distinguished Lawyer™ based on peer reviews and ratings, dozens of recognitions, and accomplishments achieved throughout his career.

Bruno outshines others in his field due to his extensive educational background, numerous awards and recognitions, and career longevity. He earned his J.D. from Seton Hall University in 1979 and his B.S. in biology from Farleigh Dickinson University in 1976.

Right now there seems to be a trend toward more violent crime cases than we typically get coming through the door. I currently have half a dozen murder cases pending, including one that is currently in litigation involving the death of a new born baby that has received national attention.

With over 35 years dedicated to law, Bruno brings a wealth of knowledge to his industry, and, in particular, to his area of specialization, criminal defense with a particular emphasis on federal and state criminal cases involving white collar and non-white collar defendants accused of a crime. When asked why he decided to pursue a career in law, Bruno said:

"I didn't have aspirations to be an attorney when I was in high school or college. As a matter of fact, I was a pre-med major. Eventually, I realized I wasn’t pursuing what I thought I would be good at, which was helping people through the power of persuasion. After I graduated from college, I decided to regroup and follow a dream that my father had always wanted to do but had never pursued, and that was to become an attorney—he thought it was one of the finest things anybody could do."

Over the course of his career, Bruno has tried hundreds of cases in federal, state and municipal courts. He has handled many high-profile murder cases, sex offense cases, drug cases, and white collar crime cases, many of which have resulted in complete acquittals. He has also successfully defended those accused of political corruption, including a mayor of a Hudson County town against two federal prosecutors who later became Supreme Court justices, one for the United States and one for the state of New Jersey.

As a thought-leader in his field, Bruno has been appointed for the position of borough prosecutor in several municipalities as well as for public defender positions. He has also taught criminal law at the college level and has lectured in the past on the “defense of drunk driving” as well as other areas of the law such as “white collar crime” and “cameras in the courtroom.” This position of prominence gives Bruno a unique vantage point from which to view prevailing trends in criminal law. In particular, he notes that there has been a recent uptick in cases involving violent crime:

"Right now there seems to be a trend toward more violent crime cases than we typically get coming through the door. I currently have half a dozen murder cases pending, including one that is currently in litigation involving the death of a newborn baby that has received national attention."

Noticed© has written this news release with approval and/or contributions from John J. Bruno, Jr. Noticed is an invitation-only reputation management service that is dedicated to helping professionals stand out, network, and gain a competitive edge. Noticed selects a limited number of professionals based on their individual recognitions and history of personal excellence. 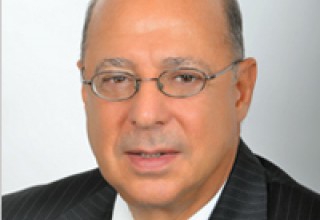