PALATINE, Ill., May 23, 2018 (Newswire.com) - Jenet Pequeno, Owner & Principal, The Law Offices of Jenet G. Pequeno, LLC, has joined Noticed©, an invitation-only service for distinguished professionals. Pequeno has been chosen as a Distinguished Lawyer™ based on peer reviews and ratings, dozens of recognitions, and accomplishments achieved throughout his career.

Pequeno outshines others in his field due to his extensive educational background, numerous awards and recognitions, and career longevity. He earned his B.S. in political science from Northern Illinois University in 2001 and went on to the University of Miami School of Law where he completed his J.D. in 2004.

Previously, Hispanic lawyers have been mostly practicing within criminal and immigration law, but we are starting to branch out into other areas, at least here in Chicago.

With nearly 14 years dedicated to law, Pequeno brings a wealth of knowledge to his industry, and, in particular, to his area of specialization, family law. When asked why he decided to pursue a career in this area, Pequeno said:

"I always wanted to help individuals and I had a better mind for humanities than strict numbers. I liked the human dynamic of helping people, and as a family lawyer I get to do that every day."

Today, Pequeno provides clients across the Chicago metropolitan area with comprehensive, compassionate, and skillful legal services. He is a two-time winner of the American Institute of Family Law Attorneys'™ "10 Best in Client Satisfaction" award and maintains an "Excellent" rating on Avvo.

As a thought leader in his field, Pequeno pays close attention to trends and changes in the field of family law. He notes that as a Spanish-speaking attorney, he has an important relationship with the Chicago-area Hispanic community:

"I would say that about 85 percent of my clientele is Hispanic. They trust me, and I want to honor that trust. This is something I’m noticing more since I began my private practice; before, I was at a bigger firm with many attorneys. I think previously, Hispanic lawyers have been mostly practicing within criminal and immigration law, but we are starting to branch out into other areas, at least here in Chicago."

Pequeno was named a “Top 40 Family Lawyer Under 40 in Illinois” by the American Society of Legal Advocates and is a member of the Northwest Suburban Bar Association and the Illinois State Bar Association. Additionally, Pequeno and his colleagues have donated to the Cook County Sheriff's Office as well as Unidos por Puerto Rico to help with the Hurricane Maria cleanup efforts.

Noticed© has written this news release with approval and/or contributions from Jenet Pequeno. Noticed is an invitation-only reputation management service that is dedicated to helping professionals stand out, network, and gain a competitive edge. Noticed selects a limited number of professionals based on their individual recognitions and history of personal excellence. 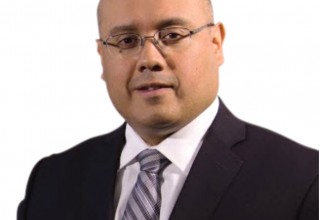