Jeffrey A. Weissman Has Been Recognized Among the Top in His Industry by Noticed©

BOCA RATON, Fla., February 26, 2018 (Newswire.com) - Jeffrey A. Weissman, Principal & Shareholder, Gladstone & Weissman, P.A., has joined Noticed©, an invitation-only service for distinguished professionals. Weissman has been chosen as a Distinguished Lawyer™ based on peer reviews and ratings, dozens of recognitions, and accomplishments achieved throughout his career.

Weissman outshines others in his field due to his extensive educational background, numerous awards and recognitions, and career longevity. A Martindale-Hubbell® AV® Preeminent™ rated attorney, he obtained his BA magna cum laude in English and political science from SUNY Albany and his Juris Doctorate from University of Pennsylvania Law School. Today, he is also certified in Marital and Family Law by the Florida Bar Board and as a Family Law Mediator by the Florida Supreme Court. Weissman has been named among the Best Lawyers in America and the Best Lawyers in Boca Raton for both traditional family law and family law mediation, in addition to many other honors.

With nearly 25 years dedicated to law, Weissman brings a wealth of knowledge to his industry, and, in particular, to his area of specialization, traditional and collaborative approaches to family law. When asked why he decided to pursue a career in law, Weissman said:

"When I was growing up, I watched the show LA Law. I was also really intrigued by logical reasoning and advocating for things I believed in. There is a lot of synergy between reasoning and advocacy in the practice of law, so when I was in college I decided to explore it further."

As a thought-leader in his field, Weissman enjoys a unique vantage point from which to follow the most significant changes in the field. In particular, he has been paying close attention to the recently passed Tax Cuts and Jobs Act of 2017, which he notes will have an economic effect on his clients:

"One of the trending topics in marital and family law is the effect the Tax Cuts and Jobs Act of 2017 will have on taxability of alimony payments. When a person's income falls into the top tax bracket, they can presently deduct forty percent of their alimony payments. However, from January 1, 2019 moving forward these payments will be far more costly because they are no longer deductible. That's potentially going to make it more difficult to resolve cases."

Weissman has been recognized by Super Lawyers® and has held leadership positions in numerous local, state, and national bar associations and professional organizations, including the Florida Bar, the Broward County Bar Association, and the Family Law American Inns of Court, among others.

Noticed© has written this news release with approval and/or contributions from Jeffrey A. Weissman. Noticed is an invitation-only reputation management service that is dedicated to helping professionals stand out, network, and gain a competitive edge. Noticed selects a limited number of professionals based on their individual recognitions and history of personal excellence. 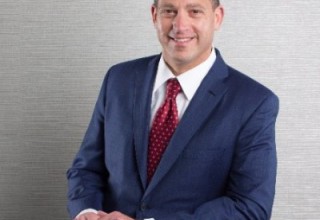 Noticed© Celebrates the One Year Anniversary of Working With Distinguished Professionals Who Joined in April of 2018; Part 1 of 2
These professionals were recognized for their superior influence, industry expertise, and accomplishments achieved throughout their careers.
Noticed© - Mar 11, 2019
Newswire