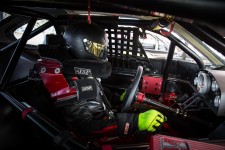 New Port Richey, FL, January 31, 2018 (Newswire.com) - Jefferson Pitts Racing announced today that they will field a Super Late Model for the 2018 Winter Showdown at Kern County Raceway Park on February 3, 2018.   Fifteen-year-old Austin Herzog will take the seat in the number 11, Crown Homes, Herzog Roofing Ford Super Late Model. Over the last 3 years the Winter Showdown has attracted the top Super Late Model drivers in the nation, paying out over $400,000 in prize money. This year's Showdown will keep that rich tradition alive with a record payout of $147,000 with $30,000 going to the winner.

Austin Herzog is a 15-year- old third generation stock car driver from Clovis, CA.  Herzog has already achieved major results in his short but extensive racing career.  After two productive seasons developing his skills in Mini Cups, he moved up to the Jr. Late Model Series at Madera Speedway where he won his Jr Late Model debut at just 13 years old and has gone on to win a total of six races in that series.  Herzog continued his progression by moving into the Pro Late Model division at 14 years and 2 months, leading laps in the prestigious $10,000 to win Short Track Shootout in his debut. 2017 was marked by continued success where he qualified in the top-four on five occasions in the Pro Late Model and won the series’ Rookie of the Year. Austin capped the season with a third-place finish in the Short Track Shootout, then qualified third in the Senator’s Cup Fall Classic at Las Vegas Motor Speedway Bullring before a seventh-place finish.

“To be able to run the 2018 Winter showdown is a dream come true for me and my family.  I’m blessed to have the opportunity to drive a car for JPR, even though I have never raced at Kern County Raceway we are confident that we can qualify straight into the race. Bringing home a top ten would be a huge accomplishment for us. I want to thank Crown Homes and Herzog Roofing for helping make this dream come true” said Austin.

Make sure to keep up to date on Austin Herzog’s racing career: 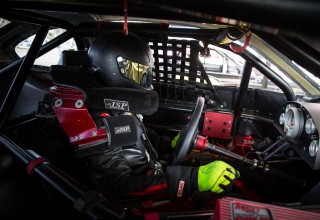 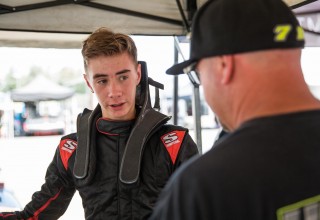 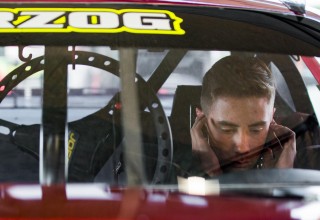 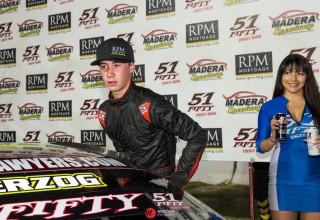