James S. Brady Has Been Recognized Among the Top in His Industry by the Expert Network© 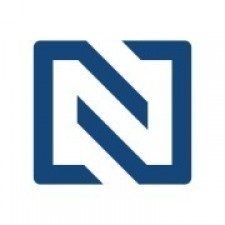 Grand Rapids, MI, June 14, 2016 (Newswire.com) - ​​​​​​​​​James S. Brady​​, Managing Member, Dykema, has joined The Expert Network, an invitation only service for distinguished professionals. Mr. Brady​​​​​​​​​​​​​​​​​​​​​​​​​​​​​ has been chosen as a Distinguished Lawyer™ based on peer reviews and ratings, dozens of recognitions, and accomplishments achieved throughout his career.

Mr. Brady​​​​​​​​​​​​​​​​​​​​​​​​​​​​ outshines others in his field due to his extensive educational background, numerous awards and recognitions, and career longevity. He graduated from Western Michigan University with a Bachelor of Science in Political Science, History, and Education, and went on to receive his Juris Doctor from the University of Notre Dame.

With nearly 50 years dedicated to law, Mr. Brady ​​​​​​​​​​​​​​​​​​​​​​​​​​​​brings a wealth of knowledge to his industry, and in particular to his areas of specialization, white-collar criminal defense and commercial litigation. When asked about his upbringing before deciding to pursue a career in law, Mr. Brady​​​​​​​​ said:

"Talk about humble beginnings. I don’t know if you’d call my parents middle class. They were working class. Wonderful people. But I was the first person from either my mother’s family or my dad’s that graduated from college."

What sets Mr. Brady apart from others in his field is his dedication to giving back to the people, organizations and communities that have helped him along the way. He serves as chair of Emmanuel Hospice, as a board member and former chair of St. Ann’s Skilled Nursing Home, and as a board member of Catholic Charities West Michigan. A former adjunct professor at the Thomas M. Cooley Law School, his reputation as a mentor and lecturer are well known. In 2015 he received the Marion Hilligan Public Service Award from Thomas M. Cooley Law School, which is given annually in recognition of contributions by a lawyer in public service to area governmental bodies or community organizations, reflecting greater individual responsibility in promoting public health and welfare through law.

As a thought-leader in his industry, Mr. Brady believes in spreading the lessons he has learned to those following in his footsteps. A former adjunct professor at the Thomas M. Cooley Law School, he has lectured for the National Trial Lawyers Association, the University of Michigan Law School and ICLE. He noted:

"If I were to talk to a son or daughter of yours that is going into law, I would tell them never to forget that you will do well if you are smart and you work hard. But you will owe the community. You owe your profession something. I was taught that by the first lawyers I worked for and I hope to never forget that until I hang up my shingle."