James F. Humphreys Has Been Recognized as One of the Top in His Industry by the Expert Network©

Charleston, WV, August 16, 2017 (Newswire.com) - James F. Humphreys, Founder, James F. Humphreys & Associates, L.C., has joined The Expert Network©, an invitation-only service for distinguished professionals. Mr. Humphreys has been chosen as a Distinguished Lawyer™ based on peer reviews and ratings, dozens of recognitions, and accomplishments achieved throughout his career.

Mr. Humphreys outshines others in his field due to his extensive educational background, career longevity, and numerous awards and recognitions. He earned his Bachelor of Arts in Political Science from West Virginia University in 1969 followed by a master’s degree in Political Science from Ohio State University and a Master of Public Administration in Public and International Affairs from Princeton University. With his sights set on a career in law, he enrolled at George Washington University Law School to pursue his Juris Doctor. During this time, he served as legislative assistant for Senator John Glenn and as chief legislative counsel for Senator Donald Riegle.

With nearly 40 years dedicated to law, Mr. Humphreys brings a wealth of knowledge to his industry, and in particular to his area of specialization, plaintiff’s personal injury law with a special focus on mass torts and occupational diseases caused by exposure to asbestos. When asked why he decided to pursue a career in law, Mr. Humphreys said:

"I knew that I wanted to do something to help people and then I started watching Perry Mason, a fictional criminal defense lawyer. Seeing all the good he did for his clients on a daily basis made me realize that law was the right career for me."

Since founding James F. Humphreys & Associates, L.C. in 1979, Mr. Humphreys has developed a reputation as an aggressive attorney who has his clients’ best interests at heart. This approach has earned him numerous awards and recognitions, including a spot among the Top 100 Trial Lawyers in West Virginia by the American Association for Justice, an AV® Preeminent™ Rating from Martindale-Hubbell®, and being named to West Virginia Super Lawyers®.

As a thought-leader in his field, Mr. Humphreys keeps his eye on prevailing trends within personal injury law. In particular, he is paying close attention to the recent growth in brain injury cases. He noted:

"Brain Injury is a lifetime affliction that is often unrecognized as such. As former Chairman of the Brain Injury Association of America I understand the need for knowledgeable and aggressive legal help for those suffering brain injury due to another's actions, be it a car wreck or medical malpractice." 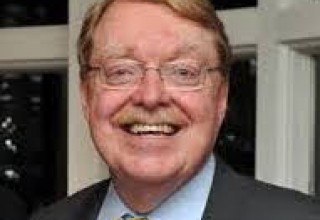