James A. Lassart Has Been Recognized as One of the Top in His Industry by the Expert Network©

SAN FRANCISCO, Calif., October 17, 2017 (Newswire.com) - James A. Lassart, Shareholder, Murphy Pearson Bradley & Feeney, has joined The Expert Network©, an invitation-only service for distinguished professionals. Mr. Lassart has been chosen as a Distinguished Lawyer™ based on peer reviews and ratings, dozens of recognitions, and accomplishments achieved throughout his career.

Mr. Lassart outshines others in his field due to his extensive educational background, career longevity, and numerous awards and recognitions. He earned his bachelor’s degree in History from Santa Clara University and his Juris Doctor from the University of San Francisco School of Law in 1967. Before entering the private sector, Mr. Lassart served as the Assistant Attorney at both the San Francisco DA’s office and the U.S. Department of Justice, and ran the Drug Enforcement Task Force for the Northwest United States and Hawaii. Today, Mr. Lassart is a Martindale-Hubbell® AV® Preeminent™ rated lawyer who has been acknowledged by Northern California Super Lawyer every year since 2005.

I think they're starting to focus again on major institutions and their objectives, so I'm sort of watching that as it goes. I actually still defend a lot of law enforcement forces. I defend police officers and sheriffs a lot in their disciplinary matters and in 1983 cases, allegations of civil rights violations.

With nearly 50 years of experience, Mr. Lassart brings a wealth of knowledge to his industry, and in particular to his areas of specialization, business litigation, legal malpractice, employment litigation, fraud, defense of actions involving the Civil Rights Act, and white collar and regulatory defense. When asked why he decided to pursue a career in the law, Mr. Lassart noted the opportunity it would provide him to advocate for people:

"I enjoy working with people and assisting them in navigating our increasingly complicated Court system."

At MPB&F, Mr. Lassart and his team prioritize a high level of communication with clients in order to keep them informed on new developments and involved in crucial decisions relating to their cases. With offices in San Francisco, Sacramento, Los Angeles, and Seattle, their goal is to maximize clients’ leverage and rights in the event the case proceeds to trial.

As a thought-leader in his field, Mr. Lassart is well versed in the matters of the courtroom and has spent five decades witnessing the evolution of various trends in the legal field. Discussing developments in the prosecution of white-collar criminal defense, he says:

"I think they’re starting to focus again on major institutions and their objectives, so I’m sort of watching that as it goes. I actually still defend a lot of law enforcement forces. I defend police officers and sheriffs a lot in their disciplinary matters and in 1983 cases, allegations of civil rights violations."

Aside from his work with the firm, Mr. Lassart has been an instructor at Hastings College of Law’s Trial and Advocacy Clinic in San Francisco and has lectured at panels for the California Continuing Education of the Bar (CEB). He is a former member of the University of San Francisco's Board of Governors, the California District Attorney’s Association Board of Directors, and a former president of the San Francisco Municipal Attorney’s Association. Additionally, he is co-authoring a chapter of the CEB book on Criminal Law Procedure and Practice. 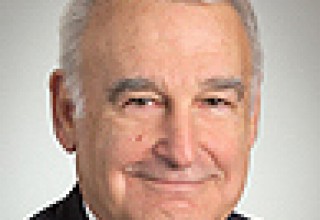