Jack Fleeman's New Book, "Jeff Cop" is an Emotionally Resonant Book About His Childhood and His Journey to His Career Choice: To Become an Effective Police Officer.

Recent release "Jeff Cop" from Covenant Books author Jack Fleeman is an extraordinary personal story of fulfilling a career choice—to be a Jeffersonville police officer—and his experiences and lessons while on the job that every reader can learn from. 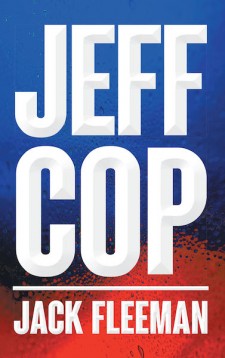 Sellersburg, IN, December 15, 2017 (Newswire.com) - Jack Fleeman, a retired police officer and detective, has completed his new book, “Jeff Cop”:  an interesting true story about a man’s circumstances and notions that have led him to the decision to become a police officer and the learnings he has realized in the course of being one, as well as being a police detective.

Fleeman shares, “I checked many bars, VFWs, American Legions, package stores, grocery stores, and the few nightclubs in my district many times over the four years I worked for the excise police. I felt bad when I had to tell the man in New Albany he couldn’t serve cans of beer from a cooler at the front counter of his new fast-food restaurant. He’d have to move the beer. I really felt bad when I was sent to a small town to perform a final inspection for a liquor store’s new location. The owner had bought this building, renovated it, submitted his plans to the ABC, and when I got there, I nixed it all. He was too close to a school. I remeasured that building every way I could, but it couldn’t be approved. Someone should have caught that a long time earlier, but I wasn’t part of that process.”

Published by Covenant Books of Murrells Inlet, South Carolina, Jack Fleeman’s new book is an engrossing true account of a police officer’s encounters and experiences that intends to give readers glimpses about the responsibilities and contributions of a police officer in society and about committing crimes of different gravities.

Fleeman also incorporates some of the crime cases he has handled. Moreover, the title of this book is a tribute to his father.

Readers can purchase “Jeff Cop” at bookstores everywhere, or online at the Apple iTunes store, Kobo, Amazon or Barnes and Noble.

Author William H. Green, D.V.M.'s New Book, 'Doc, Were You Sleeping?', is a Stirring Memoir of Interesting Animals and Their Owners From the Author's Veterinary Career
Recent release "Doc, Were You Sleeping?" from Covenant Books author William H. Green, D.V.M. recounts various stories from the author's career running a rural veterinary hospital, and the various animals and humans he encountered. Full of years of experience and a healthy dose of humor, Dr. Green delivers a wonderful assortment of anecdotes that contain something for everybody to enjoy.
Covenant Books - Sep 16, 2022

Author Vannette Hill's New Book, 'POWER, PASSION, AND PRAYERS DURING THE PANDEMIC' is an Uplifting Tale of How a Local Church Survived the Pandemic
Recent release "POWER, PASSION, AND PRAYERS DURING THE PANDEMIC" from Covenant Books author Vannette Hill is a faith-based tale following a small local church that let their faith and belief outshine the pandemic. Though global crisis forced the doors shut, the people and the worship are what really make a church.
Covenant Books - Sep 16, 2022

Author Prophet Alberta M. Walker's new book 'Apostolic Intercessory Prayers' is a powerful tool for those seeking to have more powerful prayer in the name of Christ
Recent release "Apostolic Intercessory Prayers: Wisdom Revelation, Knowledge, Transformation 'Essential Prayers for The Times'" from Covenant Books author Prophet Alberta M. Walker explains how one can pray in the same powerful manner as the apostles did, as instructed by Jesus himself. Walker's writings provide the blueprint for a more commanding prayer to help topple enemies of God.
Covenant Books - Sep 16, 2022