J. Kevin Renfro Has Been Recognized Among the Top in His Industry by the Expert Network© 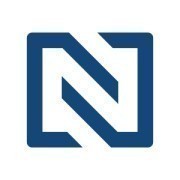 Maryville, TN, March 22, 2016 (Newswire.com) - J. Kevin Renfro​, Attorney at Law, Kizer & Black Attorneys, has joined The Expert Network, an invitation-only service for distinguished professionals. Mr. Renfro​​ has been chosen as a Distinguished Lawyer™ based on peer reviews and ratings, dozens of recognitions, and accomplishments achieved throughout his career.

With 30 years dedicated to law, Mr. Renfro​​ brings a wealth of knowledge to his industry, and in particular to his areas of specialization, real property, land, title, banking, and commercial law. When asked why he decided to pursue a career in law, Mr. Renfro​​ said:

"After reading To Kill a Mockingbird, I thought I could be the next Atticus Finch."

Mr. Renfro has received numerous awards and honors over the course of his career. He won the prestigious honor of being recognized in the “Who’s Who” among practicing attorneys in 1990 and subsequently in 1992 in “Who’s Who” Among Rising Young Americans. He was recently awarded the Martindale-Hubbell® Client Distinction Award.

As a thought-leader in his industry, Mr. Renfro understands what it takes to be successful in law. He noted:

"The key to my success has been hard work, honesty and treating people with respect."