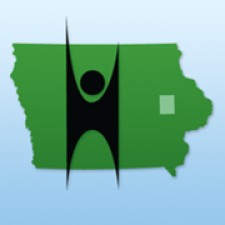 Des Moines, Iowa, April 18, 2017 (Newswire.com) - The Humanists of Linn County, a chapter of the American Humanist Association and a member group of the Eastern Iowa Coalition of Reason, hosted a successful “Reason On the Hill” Day at the Iowa State Capitol Building on Monday, April 17, 2017, from 12:00 pm until 2:30 pm. Secular organizations and secular-friendly allies from across Iowa and as far away as Chicago, Illinois gathered in the rotunda and spoke with legislators about the importance of reason and critical thinking when serving the people of Iowa. They also sought to highlight the necessity to ensure that the “wall” that separates religion and government remains intact in the Hawkeye State.

Roxanne Gissler—President of Humanists of Linn County, and an endorsed Humanist Celebrant—gave her non-theistic invocation in the House Chambers at approximately 1:00 pm. As far as we have been able to determine, this was the first Humanist invocation given at the Iowa Capitol. “When I received the invitation to provide the invocation, we quickly noticed that this was an opportunity to show our elected government officials that secularists and secular-friendly allies are found throughout Iowa, and that there are more constituents like this than they realize,” said Gissler. “Thanks to our PR Director, Joe Stutler, we reserved the rotunda at the capitol and made other groups and organizations aware of the opportunity. We are hoping to make this an annual event and anticipate that attendance and interest will grow, just as the percentage of Iowans identifying as non-religious is also rapidly growing.”

Gissler and her colleagues from the Humanists of Linn County were joined by people from as far as Chicago, Illinois as well as within the state of Iowa. Rory Moe, the Coordinator of the Central Iowa Coalition of Reason (based in Des Moines) added his reflections to the event’s importance. “The US Constitution states that Congress shall make no law respecting an establishment of religion. These are wise words from our Founding Figures! Yet, in 2014 the Supreme Court decided that prayer before public meetings did not violate the First Amendment’s Establishment Clause. Basing this decision on “tradition” and the supposedly “non coercive” nature of the prayer, it has nevertheless proved exclusionary to people of minority faiths or those with no religious affiliation.” Moe added, “It is therefore vital and proper that all voices be heard if the so-called tradition of prayer or invocation prior to public meetings is to be continued. The monopoly of a privileged few is past, and we now call upon our Jewish, Muslim, Sikh, Jain, Buddhist, WICCAn, Rastafarian and other religious neighbors to add their voices to the start of Iowa government assemblies, from local to state levels. Our nation is a place for everyone, not only a select few.”

With local, grassroots people coming together in celebration of the plurality and diversity of sincerely-held beliefs that makes up the United States of America. Connie Clancey, the Secretary of Humanists of Linn County, summarized the event: “Reason on the Hill celebrates the potential for all our legislators to use reason and critical thinking to guide their actions, keeping in mind that they make decisions for all Iowans and should not fall under the spell of any particular group of citizens. All sincerely-held beliefs matter and all have a right to be heard and exercise their right to vote.”

The Humanists of Linn County is a progressive secular group without any religious or new age underpinnings. Secular Humanists and non-theists (atheists, agnostics, rationalists, naturalists) are the core of their organization. They are happy to work with friends and allies on common goals such as defense of our civil liberties and separation of church and state.

The Eastern Iowa Coalition of Reason is made up of nine Iowa atheist, freethought, and humanist groups working together in the Eastern Iowa area. Our twin goals are to foster a sense of community among the like minded and raise public awareness that people who don’t believe in a god or gods can be decent citizens who contribute to the larger society.

The Central Iowa Coalition of Reason is a proactive partnership of Atheists, Free-Thought advocates, and Humanists working together in the central Iowa region with a clear vision to foster a sense of community for the Secular among us and to raise the visibility of our efforts for those who have not yet found a Secular community through which they can thrive and feel welcome.

The United Coalition of Reason (headquartered in Washington, DC) is committed to promoting science and reason, nurturing unity and developing cooperation within local communities. They donate time, resources and cutting edge technology to help a variety of local non-theistic groups grow their presence, expand their outreach and present a positive face for non-theism by doing good together.

About United Coalition of Reason

Founded in 2009, the United Coalition of Reason is one of the largest nontheist organizations in North America—and quickly growing internationally—a coordinating place for hundreds of independently run local groups, each a little different.