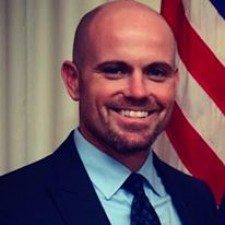 "With the diversification of our solutions comes the need for the leadership of a Veteran and Retired Law Enforcement Officer", said Intrenisc CEO Kevin Mullins.  He [Mullins] is referring to the appointment of Kevin Angell to the position of Director of Product Management.  Angell will oversee the development and deployment of two new systems slated for an early quarter two roll out along with Intrensic's UAVs for Public Safety.

"With the diversification of our solutions comes the need for the leadership of a Veteran and Retired Law Enforcement Officer", said Intrenisc CEO Kevin Mullins.

"We chose Kevin [Angell] because he has first hand, line level knowledge of police systems with more than a decade of Law Enforcement Service", remarked Mullins.  Angell, whose twelve years in law enforcement included an assignment as a Major Crimes Detective, will focus on a system that grabs CAD dispatch data and seamlessly syncs it to Intrensic's Body Worn Camera footage.  "This process will reduce the time officer's spend coding, tagging and categorizing videos for upload", said Angell.

The other development Intrensic plans to release in what Mullins called a "Cradle to Grave solution" is an RMS.  Mullins was tight lipped about the integration to their Body Camera solution but said he and Angell traveled to law enforcement agencies across the nation during the first quarter looking at systems and listening to officer's headaches.  "We want officer's to be able to focus on community relations while having the most advanced technology available to them", said Angell.  Angell continued, saying "The systems out there now are just too time consuming and take away from proactive patrol and community involvement".  Angell believes that increased communication is paramount and should accompany the deployment of any new program.

Intrensic, it's staff and their clients welcome Angell to the new position and look forward to the technology releases birthed from his leadership.