Edna Trigo, MBA, Private Investigator and Security Consultant, has been successfully leading her Chapter for more than four years 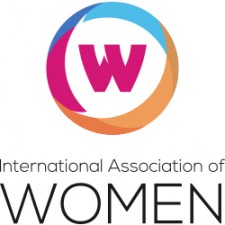 “I’m pleased to acknowledge Edna’s outstanding leadership abilities,” said IPDN President and IAW Spokesperson Star Jones. “Her knowledge and experience are valuable assets to her Chapter, its members and the local community.”

Passionate about supporting and empowering women in all types of businesses, Edna Trigo gladly took on the role of San Diego Chapter President just over four years ago. “I also want to level the playing field when it comes to equal pay and promotional opportunities, as well as being active on executive boards and having a voice in government,” she said. “As a Private Investigator and Security Consultant at ETV Consulting, I also love to mentor young women who want to get into law enforcement or the investigative field.”

Under her direction, the San Diego Chapter has accomplished much. It partners with several community charities, including Princess Project, where they collect dresses and send a girl to prom, Dress for Success, Race for the Cure and Kickin It Challenge. They’ve raised money for the Help Undiagnosed Children Foundation, collected donations for orphanages in Mexico and hosted a fundraiser for the Challenged Athletes Foundation.

“We have a sunset cruise planned for July 12th as a fun event where members can invite a date and a networking event on July 29th at the exclusive University Club Atop Symphony Towers,” added Ms. Trigo. “In August, we return to La Valencia Hotel for the fourth year and have a local newspaper covering our event. We also plan on expanding to North San Diego County.”

Retired from a 27-year career in public safety, Ms. Trigo started out working in the District Attorney’s Office and then transferred to the Public Defender’s Office. She currently works in the Sheriff’s Department, where she supports major investigations. She uses the skills she has honed to deter crimes by individuals, organized criminal groups or domestic and international terrorists.

“I have always had an innate sense of curiosity and an interest in digging to find the truth no matter what the subject,” she said. “I love conducting research and finding missing pieces to the puzzle or connecting the dots in my field.”

Recognized in 2017 by the Sheriff's Department for her outstanding work, in 2019, she was named in the Book of Latina Role Models under Law Enforcement by MANA at the Hermantias Showcase Banquet. In 2001, she was recognized as Investigator of the Year by the Office of the Public Defender for the Santana High School Shooting.

“Looking toward the future, I’m excited about continuing to grow the San Diego Chapter,” Ms. Trigo said. “Additionally, I plan to finish my book on school shootings from one of my cases. I also hope to bring my professional training to law enforcement partners in Latin American countries. I’d also like to start a nonprofit that assists human trafficking victims.”

In her law enforcement career, Ms. Trigo worked extensively in human trafficking and saw what victims go through trying to get their lives back on track. “Therefore, I would like to commit to starting a nonprofit that can assist these victims with transitioning into leading normal, productive lives,” she added.

About IAW
The International Association of Women (IAW) is a global in-person and online professional networking platform that provides women the forum, professional development and services needed to thrive in an interconnected world. Through 100+ local chapters, International Chapters in several cities in China and 1000+ in person and virtual events, members cultivate valuable connections, develop professionally, and promote themselves and their businesses. Founded in Chicago in 2017, IAW is a division of Professional Diversity Network, Inc., an online network tailored to provide diverse professionals in the United States with access to employment opportunities. 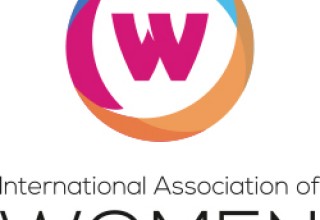 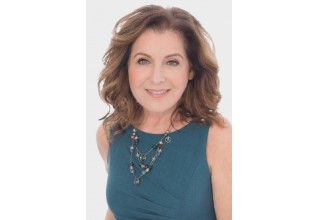 About International Association of Women

The International Association of Women (IAW) is a global in-person and online professional networking platform that provides nearly one million women with the forum, education, and services to thrive in an interconnected world.