Attorney Stephen Fernandez of Shapiro Goldman Babboni & Walsh has been recognized as a member of the Top 40 Under 40 Litigation Lawyers in Florida by the American Society of Legal Advocates. 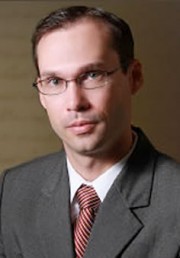 Sarasota, FL, January 20, 2016 (Newswire.com) - ​The Sarasota Florida based personal injury lawyer Stephen Fernandez has been included in the elite group of attorneys entitled the Top 40 under 40. Only 1.5% of attorneys qualifies for the distinction and are selected by the American Society of Legal Advocates. The ASLA mission is to bring together a select pool of diverse legal talent for the benefit of its members and the public.

Members of the Top 40 under 40 are manually selected using an exhaustive review process, ensuring each attorney represents the highest standards in his or her area of practice. Lawyers from ASLA comprehensively review available information for each candidate, including a review of firm websites, client assessments, and publicly-available filings, which may include: verdicts, settlement information, and information regarding transactions. Candidates are also assessed on educational accomplishments, involvement and leadership in bar associations and professional organizations, activities within their community, and demonstrated legal achievement.

In the case of Top 40 under 40 reviews, ASLA also evaluates indications of developing success, both in a candidate’s day-to-day practice and in serving the profession.

Attorney Stephen Fernandez had this to say about his inclusion into this elite group of lawyers, “being included with this group of exceptional attorneys is a real honor. Often when we first meet with a client, they are still in the process of both selecting an attorney to represent them, and dealing with serious injury and emotional trauma. Being a member of the top 40 under 40 offers a way to help reassure them that they are working with a qualified attorney and respected law firm.”

Mr. Fernandez has quickly built a reputation as a skilled litigator and zealous advocate for his clients. He has been named a “Rising Star” by Florida Super Lawyers magazine in 2010 and 2011. This distinction is awarded to no more than 2.5% of attorneys and is based on factors such as academic achievement, peer recognition and professional accomplishments.

In 2011 he was also named one of the “Top 40 under 40” by The National Trial Lawyers organization. He maintains a “Superb” rating by Avvo.

Mr. Fernandez has written various publications on subjects ranging from the handling of insurance claims to fly-fishing. In 2003 his article "Captive-bred Exceptions: An Unconventional Approach to Conservation Under the ESA" won the Barbara W. Maker award and was published in the UF Journal of Law and Public Policy.

More about Stephan Fernandez at: http://www.getmejustice.com/