The distinguished roster, comprised of all women, will be honored during May's commencement ceremony 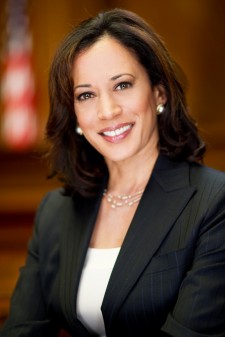 Washington, DC, April 26, 2017 (Newswire.com) - Howard University Board of Trustees today announced the 2017 list of recipients who will receive honorary doctorate degrees from the University. The roster, comprised of all women, will receive degrees in the diverse fields of communications, literature, civil rights, and government. The degrees will be granted during the 149th Commencement Convocation on the main campus of Howard University’s Upper Quadrangle at 10 a.m. on Saturday, May 13, 2017.

"These remarkable honorees embody the spirit and aspiration that guides Howard's mission of excellence in truth and service."

“These remarkable honorees embody the spirit and aspiration that guides Howard’s mission of excellence in truth and service,” said Howard University President Dr. Wayne A. I. Frederick. “We are pleased to honor for the first time a distinguished panel comprised of all women.  As we celebrate our Sesquicentennial, we also embrace and recognize the sterling contributions of women all over the world and certainly here at Howard University. These women dedicated their talents and lives to improving the world and all lives.”

This year’s honorees include:

Senator Kamala D. Harris who will receive the President’s Medal of Achievement, having received the honorary Doctor of Laws in 2012. A lifelong public servant and civil rights leader, U.S. Senator Kamala D. Harris was the first African-American and first woman to serve as Attorney General of California and the second African-American woman to be elected to the U.S. Senate in history. Harris served two terms as district attorney of San Francisco. Defeating a two-term incumbent, she was first elected DA in 2003 and was overwhelmingly re-elected to a second term in November 2007.

Maureen Bunyan will receive an honorary Doctor of Humane Letters. Bunyan is an award-winning journalist and news anchor who is a founder and board member of the International Women’s Media Foundation (IWMF), and a founder of the National Association of Black Journalists (NABJ). Bunyan has been inducted into the Hall of Fame of the Washington Chapter of the Society of Professional Journalists, the Silver Circle of the National Academy of Television Arts and Sciences (NATAS) and the Broadcast Pioneers Club of Washington.

Anna Pauline “Pauli” Murray will be posthumously recognized with an honorary Doctor of Laws. Murray, a 1944 Howard University School of Law graduate, was a quiet force behind some of the most iconic civil rights and social justice events of the 20th century.  Thurgood Marshall regarded her book, States’ Laws on Race and Color, as the “bible” in crafting his arguments for Brown vs. Board of Education. Along with Betty Friedan and 30 others, Dr. Murray was a founding member of the National Organization for Women. One of the last achievements of her remarkable life was to be the first African-American woman ordained as an Episcopal priest in 1977.

Eleanor W. Traylor will receive an honorary Doctor of Letters. Traylor is a graduate professor of English and acclaimed scholar and critic in African-American literature and criticism. Dr. Traylor obtained a B.A. from Spelman College; an M.A. from Atlanta University; and a Ph.D. from Catholic University, where she pursued her interests in African-American literature and mythology concentrating this focus in a dissertation on Richard Wright. She later received a Merrill Scholarship to the Stuttgarter Hochschule in West Germany and a research fellowship to study at the Institute of African Studies in Ghana and Nigeria.