How Facebook Likes Expose Your Hidden Attributes: By VPNRanks 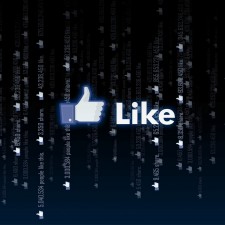 MADISON, Wis., March 4, 2020 (Newswire.com) - ​​Facebook and privacy were not made for each other. That much is becoming clearer every time we catch Facebook red-handed with a new privacy scandal (and there have been a lot of those lately).

To be sure, Zuckerberg and co. have added a greater range of privacy controls to help Facebook users decide how their information is viewed by others. While these controls are a welcome inclusion, there’s little that can be done to combat the invasive capabilities of modern technology and analytical methods. Both are direct consequences of abundant availability of data thanks to unending online interactions taking place over social media networks.

In a world virtually taken over by social media, what’s really surprising is not that our private information can leak through Facebook, but how easily. This is the crux of a VPNRanks article demonstrating the action of simple algorithms that can use your music interests as disclosed on Facebook to predict deeper, more personal traits about a user.

You can set all your information to private and inaccessible to anyone but yourself. But if your interests as displayed on Facebook are public information, ten bucks say your hidden attributes can be inferred with a good degree of accuracy.

The implications of these capabilities are profound indeed. Osama Tahir, the VPNRanks author behind the telling article, said “I felt that the people at large needed to be aware of all the many ways their privacy is vulnerable on the web. The research that my article is based on was actually published by a group of researchers back in 2012, but it has largely remained obscure in mainstream media. If these social profiling techniques became more common – and they are likely to – it will only add to the power of doxxers, hackers, and spammers who make a living out of invading user’s privacy. In fact, I am certain that the techniques for using a person’s interests to predict their personal details will be more widely applied by advertisers when cookies go extinct. At any rate, it is the common man that is sandwiched from all sides with no space to crawl under and stay safe from a world that is gradually becoming devoid of privacy.”

The European Copyright Firewall? VPNRanks Opines That VPNs Like Pure & Express Are in for a Field Day
VPNRANKS - Mar 27, 2019

A Study by VPNRanks.com Shows an Increasing Trend of VPNs During the Holiday Season Led by NordVPN, ExpressVPN & PureVPN
According to VPNRanks.com, the trend of VPN services increases during the holiday season and increases by 85 percent from 2016 to 2017.
VPNRANKS - Dec 17, 2018

VPNRanks.com Unveils VPNs That Successfully Enable Users to Access US Netflix Including PureVPN & ExpressVPN
A Study by VPNRanks.com reveals several VPNs that allow users to access U.S Netflix in the UK including the likes of PureVPN and ExpressVPN.
VPNRANKS - Nov 30, 2018