Holmes and Watson - How Artificial Intelligence is Changing Law

How Artificial Intelligence systems are changing the Law. 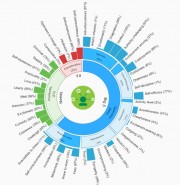 People want to know under what circumstances and how far they will run the risk of coming against what is so much stronger than themselves, and hence it becomes a business to find out when this danger is to be feared. The object of our study, then, is prediction, the prediction of the incidence of the public force through the instrumentality of the courts.

People want to know under what circumstances and how far they will run the risk of coming against what is so much stronger than themselves, and hence it becomes a business to find out when this danger is to be feared. The object of our study, then, is prediction, the prediction of the incidence of the public force through the instrumentality of the courts.

Holmes, laying the groundwork for his famed prediction theory of law, was referring to an attorney’s responsibility to anticipate the legal consequences of client conduct based on the applicable facts and law, and advise accordingly. Yet, more than a century later, Holmes’ definition of an attorney’s object of study takes on new meaning against the backdrop of currently available and rapidly evolving technologies.

For example, Professor Bill Henderson recently detailed Premonition Analytics, a new legal analytics company that claims to use artificial intelligence, predictive analytics and data mining to provide lawyers’ “win rates” and, the next logical step, forecast an attorney’s success in front of certain courts or judges. There are a number of issues around Premonition, ranging from how to define a “win” to how data mining can practically work in an environment where public records are still often paper-based or hopelessly unstructured. Nevertheless, Premonition, which holds itself out as “Precognitive Law” (reminiscent of the cadaverous, babbling mutants from Minority Report) will be one to watch.

And there are others, not all necessarily aimed at prediction, but that apply some form of machine learning to provide intelligence on which forecasts could be based: Lex Machina, Kira, Lexalytics, and Juristat, just to name a few. All of these tools, some of which I’ve used, are very promising and are already making significant changes to the way attorneys make decisions on both a tactical and strategic level. But significant roadblocks, like those I mentioned above and others, stand between where our profession is and where we could be.

In thoughtful and rare piece of criticism on the proliferation of intelligent system technologies in law, Addison Cameron-Huff outlines six reasons why he is skeptical of one of the latest additions to the legal analytics bunch, ROSS, summarized with

It’s far too early to say if Watson will replace legal researchers/junior associates and I don’t think it’s realistic that this will happen even in the next few years. Furthermore, if there was such a technology it would be first applied to far more lucrative problems that don’t have the thorny vagueness of our legal system.

I agree with the sentiment and found it refreshing to hear a perspective other than:

"Report claims robots will replace Lawyers by 2030" - by Isis Madrid

or, slightly more hedged (“May Soon”), but much more frightening (“Rule”):

I could go on for days with articles like these. The point is, we simply do not not know when or if companies like Premonition or ROSS will get to the point of machine intelligence they are claiming. But, I was much more skeptical a couple days ago, until I saw this Personality Insights Demonstration from IBM, which

uses linguistic analytics to infer cognitive and social characteristics, including Big Five, Values, and Needs, from communications that the user makes available, such as email, text messages, tweets, forum posts, and more. By deriving cognitive and social preferences, the service helps users to understand, connect to, and communicate with other people on a more personalized level.

In other words, you input JSON, or Text or HTML (such as social media, emails, blogs, or other communication) written by one person, and the service will put out a tree of cognitive and social characteristics in JSON or CSV format.

For example, Holmes’ Path of Law essay, cited earlier, can be copy and pasted into the provided field

which will return an analysis of Holmes’ personality, based on the provided text (Holmes being the “You”) below):

You are shrewd, skeptical and can be perceived as indirect. You are philosophical: you are open to and intrigued by new ideas and love to explore them. You are unconcerned with art: you are less concerned with artistic or creative activities than most people who participated in our surveys. And you are intermittent: you have a hard time sticking with difficult tasks for a long period of time. Your choices are driven by a desire for discovery. You are relatively unconcerned with tradition: you care more about making your own path than following what others have done. You consider helping others to guide a large part of what you do: you think it is important to take care of the people around you.

The demo also outputs a five factor analysis of Holmes’ personality and a beautiful visualization of the analysis.

I never had the pleasure of knowing Judge Holmes, but according to John Fox, a writer and documentary film producer, Holmes

could not be easily pigeonholed. He was solitary, introspective, and solemn. He once commented, “I wonder if cosmically an idea is any more important than the bowels.” He had a skeptical, fatalistic view of the world, colored by his experiences in the Civil War.

Maybe not a perfect match to the Personality Insight output, but there seem to be some similarities. Imagine if we start applying a tool like this to determine the latent personality characteristics of judges, attorneys, or clients based on opinions, briefs, or correspondence? At the very least, it could lead to more persuasive advocacy.

All this to say that I’m still skeptical of tools like Premonition and ROSS, but after seeing a first hand example of what Watson can do, certainly a bit less. Oh, and when I run this post through the Personality Insights demo, it claims my choices are driven by a desire for modernity. Works for me.

Views expressed are the personal views of the author and do not represent the views of Honigman Miller Schwartz and Cohn LLP, its partners, employees or its clients.