Herrick K. Lidstone, Jr. Has Been Recognized Among the Top in His Industry by the Expert Network©

GREENWOOD VILLAGE, Colo., November 22, 2017 (Newswire.com) - Herrick K. Lidstone, Jr., President and Managing Director, Burns, Figa & Will, P.C., has joined The Expert Network©, an invitation-only service for distinguished professionals. Mr. Lidstone has been chosen as a Distinguished Lawyer™ based on peer reviews and ratings, dozens of recognitions, and accomplishments achieved throughout his career.

Mr. Lidstone outshines others in his field due to his extensive educational background, numerous awards and recognitions, and career longevity. A retired United States Navy Lieutenant Commander, Mr. Lidstone earned his A.B. in Economics from Cornell University in 1971 and his  J.D. from the University of Colorado School of Law, where he was the Business Manager and Editor of the school's Law Review, graduating in 1978. Today, Mr. Lidstone’s work helping businesses prepare agreements for business transactions has earned him an AV® Preeminent Rating by Martindale-Hubbell®, selection to Colorado Super Lawyers®, and recognition as one of The Best Lawyers in America®, among myriad others.

With nearly 40 years of experience dedicated to law, Mr. Lidstone brings a wealth of knowledge to his industry, and, in particular, to his area of specialization, the initial formation and continued business operations of both public and private companies. When asked why he decided to pursue a career in law, Mr. Lidstone said:

"During the last year of my active duty, I began wondering, 'what do I do next?' Schooling sounded good, and I took various graduate school exams onboard ship, including the LSAT while moored in St. Thomas (U.S. Virgin Islands) harbor. Knowing this, my skipper appointed me a defense officer for a seaman who was going through non­judicial punishment. Reading the Uniform Code of Military Justice and applying it to the evidence proved to be extremely interesting and I was hooked."

Over his nearly four-decade career, Mr. Lidstone has developed the skills and experience needed to properly advise his clients and successfully close any deal, making him one of the leading business attorneys in Colorado. In addition, he has testified numerous times on behalf of the Colorado Bar Association for bills pending before the Colorado General Assembly, many of which he has helped draft. Most recently, Mr. Lidstone drafted and testified on the amendment to the Colorado Public Benefit Corporation Act and the Revised Uniform Law on Notarial Acts, both of which were adopted in 2017. His opinion is sought-after statewide, and he regularly serves as an expert witness in cases involving corporations, partnerships, securities, and ethics matters.

As a thought-leader in his field, Mr. Lidstone keeps his eye on the latest trends and changes in business law. In particular, he notes the increasing influence of the Internet on his practice:

"The Internet has been around for awhile now, but it has been changing the practice of law for several years. The American Bar Association and state bar associations including Colorado have imposed a requirement in the Rules of Professional Conduct that lawyers must be competent in modern 'communications and other technologies.' This includes protection of information from inadvertent and unauthorized disclosure. As managing director here at Burns, Figa, & Will, one of my responsibilities involves firm­wide cybersecurity." 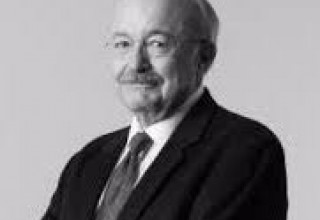