Herbert C. Robinson's New Audiobook 'The Secret Kept' Brings His Book to Life With a Stirring and Engrossing Audio Narrative of One Family's Corruption and Deceit

Recent audiobook release "The Secret Kept" from Audiobook Network author Herbert C. Robinson provides a captivating telling of a family with a closely held dark secret and the extraordinary lengths they are willing to go in order to protect themselves. 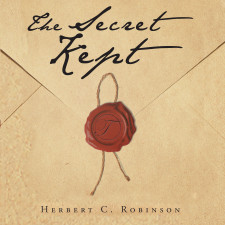 PHILADELPHIA, November 20, 2020 (Newswire.com) - ​Herbert C. Robinson, a newspaper columnist, has completed his new audiobook, "The Secret Kept", which is a gripping and potent story of a family with a very dark secret and their endeavors to keep it.

As Robinson describes, "'The Secret Kept' is a historical saga which captures one family's plight to rise to power, sustain it and ultimately lose it."

Robinson's new audiobook is published by Audiobook Network, and it is a gripping, poignant tale full of excitement and intrigue. In the pursuit of power and fortune, one family proves there is no price too steep in order to achieve their goal. Extortion, bribery, and murder are all on the table.

"The Secret Kept" is a saga of the family Tobias, a family that managed to rise from the ashes of the Civil War and transform themselves from plantation owners into a present-day textile conglomerate with ties to powerful government officials in the highest offices. The family's seemingly never-ending success has only been made possible with the help of one deep, dark secret. This secret is so powerful that it has the startling potential to completely rewrite the nation's history. For over a century, the Tobias's have kept the truth hidden behind a cloak of lies and deceit, but as the secret threatens to get out, the family shows how far they are willing to go to protect it.

Listeners can purchase the audiobook edition of "The Secret" by Herbert C. Robinson through Audible, the Apple iTunes Store, or Amazon.

Audiobooks are the fastest-growing segment in the digital publishing industry. According to The Infinite Dial 2019, 50% of Americans age 12 and older have listened to an audiobook. This huge growth can be partly attributed to increased listening in cars, which surpassed the home as the #1 audiobook listening location in the 2019 survey. Smart speaker proliferation also bodes well for future listening growth and more mainstream listening.

William McChesney's New Audiobook, 'Retribution: They Must All Die,' Brings His Paperback Book to Life With a Stirring Audio Narrative of an Improbable Friendship
Recent audiobook release "Retribution: They Must All Die" from Audiobook Network author William McChesney provides a captivating telling of two young boys of different races who remain friends despite the racial tensions of the Civil War and the retribution they seek for the bigotry they witness.
Audiobook Network - Jan 4, 2021