HawkEye 360 Expands Advisory Board With Addition of Robert Cardillo 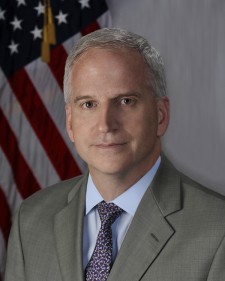 “Robert’s work in the intelligence community and geospatial industry is highly regarded and extremely valuable,” said HawkEye 360 Chief Executive Officer John Serafini. “Robert’s counsel, combined with that of our exceptional advisory board members, will provide great benefit to the company in its continued engagement and support of critical U.S. and international government customers.”

“The potential of the commercial geospatial industry grows every day — especially in partnership with the intelligence community,” said Cardillo. “I am excited about and look forward to working with the advisory board members on HawkEye 360’s pioneering technologies and offerings.”

About HawkEye 360
​HawkEye 360 is a Radio Frequency (RF) data analytics company. We operate a first-of-its-kind commercial satellite constellation to identify, process and geolocate a broad set of RF signals. We extract value from this unique data through proprietary algorithms, fusing it with other sources to create powerful analytical products that solve hard challenges for our global customers. Our products include maritime domain awareness and spectrum mapping and monitoring; our customers include a wide range of commercial, government and international entities.