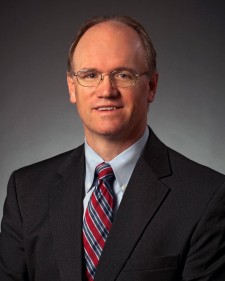 HERNDON, Va., May 8, 2020 (Newswire.com) - HawkEye 360 Inc., the first commercial company to use formation flying satellites to create a new class of radio frequency (RF) data and data analytics, today announced that David Farnsworth has been named HawkEye 360’s Chief Financial Officer. Farnsworth brings years of experience as a technology and innovation leader in the defense industry. In his former role as the Vice President and Chief Financial Officer for a business segment of a major U.S. defense contractor and industrial corporation, Farnsworth had oversight of the financial activities for the $6 billion business unit and is well-suited for this new position at HawkEye 360.

“HawkEye 360 is honored to have David join our team,” said John Serafini, Chief Executive Officer, HawkEye 360. “His background in defense, civil government and cybersecurity solutions will be an asset to our company. Additionally, his financial savviness will be instrumental in implementing HawkEye 360’s future initiatives and ensuring the profitability of our endeavors.”

Farnsworth started at Raytheon in 1982 and worked his way up the company to become Vice President and Chief Financial Officer for Integrated Defense Systems. Previously, he was the CFO for the Intelligence, Information and Services segment of Raytheon and worked at Raytheon Corporate headquarters, where he spearheaded several strategic company initiatives. In 2007, Farnsworth was appointed CFO for Raytheon Technical Services Company. Prior to that, he was vice president and deputy director of Integrated Communications Systems for Raytheon Network Centric Systems and CFO of the company’s former government and defense business.

“I am looking forward to this opportunity to learn and help HawkEye 360 as it continues on its successful journey,” said David Farnsworth.

Farnsworth holds a bachelor’s degree from the Wharton School at the University of Pennsylvania and a master’s degree in business administration from Boston University.

HawkEye 360 is a new source of global knowledge, based on radio frequency (RF) geo-analytics, so those working to make the world a safer place gain insight to act with confidence. The company operates the first-of-its-kind commercial satellite constellation to identify and geolocate a broad range of RF signals. We extract value from this unique data through proprietary algorithms, fusing the result with other sources to create powerful analytical products that offer increasing levels of clarity for our global customers. Our products include maritime domain awareness and spectrum mapping and monitoring, serving a wide range of commercial, government and international organizations. HawkEye 360 is headquartered in Herndon, Virginia.