HawkEye 360 Brings Dennis Burnett on as EVP and General Counsel 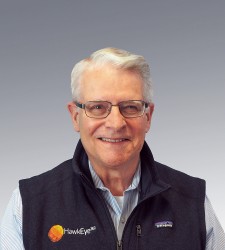 Previously, Burnett served as Consulting Principal at LMI Advisors; Chief Counsel of Regulatory and Government Affairs at Kymeta Corporation; and as Vice President of Trade Policy and Export Control for EADS North America. Burnett also currently serves as the Director and Treasurer of the International Institute of Space Law and as the Chair of the Space, Cyber and Telecommunications Advisory Board for the University of Nebraska College of Law.

“I am extremely pleased to contribute to the HawkEye 360 team as we forge a new commercial frontier in space,” Burnett said. “The wave of new small satellite technology is revolutionizing commercial, scientific and defense applications in the space domain, and I feel blessed to be working among the leaders in this industry.”