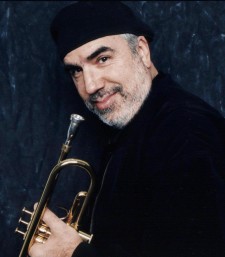 “Summer Beat” is currently available at cdbaby, iTunes, Amazon and all other popular online retail and music-streaming services worldwide.

Throughout his four-decade career, Brecker has received 18 Grammy Award nominations and won a total of six.

“It is both an honor and dream come true to feature Randy Brecker on my newest album,” Stewart says. “Mr. Brecker has personally shaped the sound of jazz, R&B and rock for over four decades and is a true jazz revolutionary whose phenomenal trumpet playing is respected among luminaries such as Miles Davis. Without Mr. Brecker’s contributions the world’s contemporary music scene would likely look a lot differently today.”

He is famous for his chart-topping rendition of “2001: A Space Odyssey,” which earned him a Grammy Award, charted to No. 2 on Billboard’s Top 40 and sold more than five million albums. Madonna, Snoop Dogg, Sean “Diddy” Combs, The Notorious BIG, Lupe Fiasco, Nelly, J Dilla, Fat Joe, Angie Stone and Common have all sampled Deodato’s original music.

Deodato is also renowned for co-writing, arranging and producing Kool & The Gang’s No. 1 Billboard hit “Celebration,” the iconic song heard today throughout the world at weddings, parties, conventions and sporting events.

“Eumir Deodato is an icon in the music industry,” Stewart says, “and featuring him on my newest album is truly gratifying. His chart-topping rendition of ‘2001’ was my first exposure to jazz-rock music and I remain a lifelong fan of his phenomenal keyboard playing, composing, arranging and record producing. The exciting opportunity to collaborate with such a renowned and illustrious artist is truly the experience of a lifetime.”

Throughout his four-decade career, Scott has received 14 Grammy Award nominations and won a total of three. He received an Emmy Award in 2011 and was nominated for a second Emmy in 2017.

“Tom Scott’s musical bio reads like a list of the biggest selling artists in the history,” Stewart says. “From the chart-topping sax hook of Paul McCartney’s ‘Listen to What The Man Said’ to the iconic solos on Whitney Houston’s ‘Saving All My Love’ and ‘I Will Always Love You’ to numerous top 40 hits by George Harrison, Joni Mitchell, Blonde and Steely Dan – you regularly find Mr. Scott’s musical expertise among the secret ingredients that make a song a ‘hit song.’”

For 18 years listeners around the world have sampled, downloaded and streamed music from Stewart’s prior albums more than 7.5 million times. “Summer Beat” is similar in style to past efforts but, according to Stewart, will be more “soulful,” “melodic” and “funky” - offering listeners “everything from smooth jazz to old-school funk and jazz-rock fusion.”

Stewart’s global popularity as an artist began in late 2001, when “Midtown Funk,” a jazz-funk single from his first album “Life Games,” charted to 15 on MP3.com’s overall worldwide top 40, surpassing songs from popular artists at the time such as Madonna, Eminem, Mariah Carey, Faith Hill, Linkin Park, The Offspring and Sum 41.

At the time, MP3.com was the world’s number one digital music site, receiving more than 35 million visitors a month, and during that year, the site's jazz top 20 frequently contained all 14 tracks from “Life Games” simultaneously.

“It’s stunning when the local papers start calling you up,” Stewart says. “I had already achieved some measure of success with jazz radio stations throughout the Intermountain West but obtaining global success came as a complete surprise. Charting higher than Madonna, Eminem or Mariah is certainly nothing any independent artist ever thinks possible.”

“My last album exposed me to new listeners worldwide, and I am hoping to build on that success with this new album,” Stewart says. “I am emphasizing melody and including smoother jazz elements along with my trademark funk-styled compositions.”

Stewart says the album title, “Summer Beat,” refers to his lifelong love of listening to classic jazz and funk albums during the summer months.

“I have always felt that summer shares a lot in common with jazz and funk music,” Stewart says. “Like summer, the music is about spontaneity, seizing the moment, taking wholehearted action, and having a lot of fun. Jazz-funk is also exhilarating like a blazing-hot summer sun delivering a burst of light, warmth, and joy that uplifts the soul.”

Stewart is the son of Utah opera singer Mary Elaine Shewell, who was personally mentored by and regularly performed with world-renowned conductor Maurice Abravanel, who received a Tony Award, the National Metal of Arts from President George H.W. Bush, and numerous Grammy nominations for his classical recordings with the Utah Symphony Orchestra that he conducted for more than 30 years. 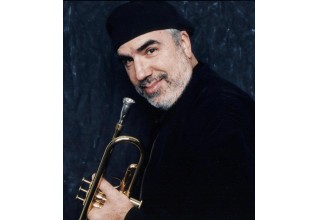 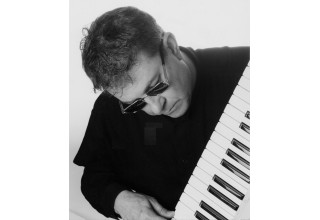 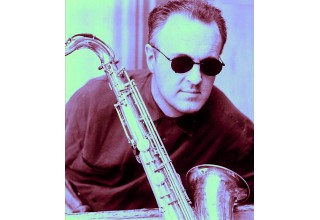 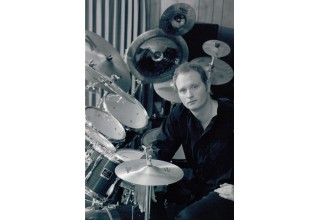