Latest news from the front-line of Nagorno-Karabakh/Artsakh: 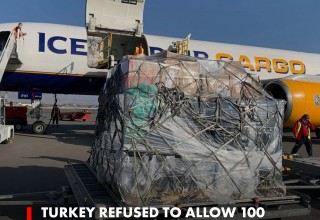