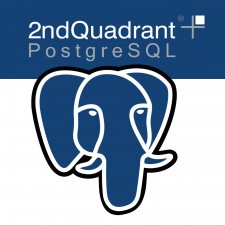 Oxford, United Kingdom, July 13, 2017 (Newswire.com) - 2ndQuadrant, the Gold Standard in PostgreSQL Products & Support, announces the launch of a case study detailing how they provided Postgres-BDR - Multi-Master Replication for PostgreSQL - to Animal Logic, one of the world’s most creative digital studios with box office hits including Happy Feet, Iron Man 2 and The LEGO® Movie.

Postgres-BDR is the first open source multi-master replication system for PostgreSQL to reach full production-ready status. Developed by 2ndQuadrant, BDR is specifically designed for use in geographically distributed clusters, using highly efficient asynchronous logical replication, supporting anything from 2 to more than 48 nodes in a distributed database.

Just like being able to phone a friend, it's reassuring to know we can put a ticket into 2ndQuadrant at anytime. Depending on where we are in the production cycle, one day of outage could cost us $0.5million. That simply can't happen.

“Working with our customers across the globe, we realized that there was a need for PostgreSQL to support multiple master nodes to provide our clients the scalability they needed. That’s when we started working on a solution that later became known as Postgres-BDR. When we encounter a problem, we don’t just wait for someone to fix it - we take the lead and fix it for the global user base.”

2ndQuadrant was founded in 2001 by Simon Riggs, a major developer, and committer of the PostgreSQL project. The team of experts has since continued to grow, bringing relevant industry expertise in a wide range of areas to form the largest single collective organization of PostgreSQL experts of any company globally. Comprised of some of the best-known developers from around the globe, all members still actively contribute to the development of PostgreSQL.