Enhancements in partitioning, performance and functionality included in the new release 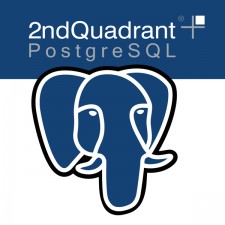 OXFORD, England, October 3, 2019 (Newswire.com) - The PostgreSQL Global Development Group today announced the release of PostgreSQL 12. This new version presents remarkable performance improvements to its indexing and partitioning capabilities system. Some of the most notable features in this release have been developed by members of the 2ndQuadrant team, which has proudly contributed to the PostgreSQL project consistently for the past 15+ years.

Driven by customer demand, 2ndQuadrant has strongly focused its efforts in strengthening table partitioning, both from a performance perspective as well as from a usability perspective. This focus has become an enabler for many customers to migrate large databases from other database systems into the improved PostgreSQL version.

"PostgreSQL 12 is another leap forward in terms of database performance, standardization, administration and security. Teams of PostgreSQL developers have made huge strides in both partitioning and index performance. I'm happy that we so visibly maintain our leadership in index performance across the wide range of data types that modern application developers demand: relational, JSON, GIS and full text," states Simon Riggs, founder and CEO of 2ndQuadrant.

Some of the major contributions by 2ndQuadrant are listed below:

2ndQuadrant has also worked actively with fellow members of the PostgreSQL community to contribute the following features:

With 30+ years of development and advancements, PostgreSQL has become the most popular open-source relational database for enterprises across the globe. 2ndQuadrant plans to continue playing an active role in the community and bringing new features and capabilities in the years to come.

To learn more about PostgreSQL and its scalable business benefits, attend the 2ndQuadrant PostgreSQL Conference 2019 being held Dec. 4 – 5 in Chicago.