The Security Titan Joined a Political Forum on Aug. 30

MEXICO CITY, September 13, 2018 (Newswire.com) - On Aug. 30, Genaro Garcia Luna joined Maria Elena Morera and Raymundo Riva Palacio to discuss security perspectives. The programmed forum took place at 9:00 a.m. on BloombergTV’s El Financiero. The broadcast was viewed by many on the channel itself or on El Financiero’s website.

Genaro Garcia Luna is the director of GLAC Consulting as well as the creator of the AFI during the presidency of Vicente Fox (2000-2006) and former Secretary of Public Safety during the administration of Felipe Calderon (2006-2012). Based on his experience on the subject, Genaro Garcia Luna saw that it was necessary to have a tool that would allow the government to analyze the country or an entity with the greatest number of variables that affect its security and, in the case of the private sector, have detailed information that would contribute to making decisions regarding potential investments. These analyses incorporate the "GLAC Index," created by GLAC Consulting and calculated with its own algorithm as a method of assessing the level of security of a place or entity.

Until now, GLAC Consulting is the only risk management company that has its own index, which makes its services unique in the market. Genaro Garcia Luna has already made presentations to private and public institutions to demonstrate the scope of the system in the periodicals published in El Heraldo and El Financiero, as well as with the publication of the book Seguridad con Bienestar (2018). In this work, which adds to the titles "Why 1,661 police corporations are not enough?" (2006) and "New Security Model for Mexico" (2012).

It is with this expertise and experience that he spoke on Aug. 30. The event was a huge success. To learn more about the man behind all of the impressive works, visit GLAC Consulting online.

About GLAC Consulting: In addition to the GLAC Index, GLAC Consulting near Miami also offers complete solutions for security, technology, and risk analysis for the whole world. Under its director, Genaro Garcia Luna, GLAC Consulting is a risk analysis company that has the methods to help the world obtain better security. Find out more about the event: http://www.elfinanciero.com.mx/opinion/pablo-hiriart/el-gran-foro-de-el-financiero 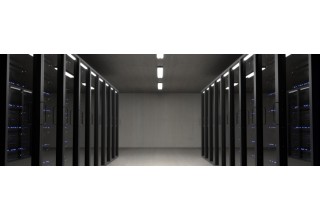